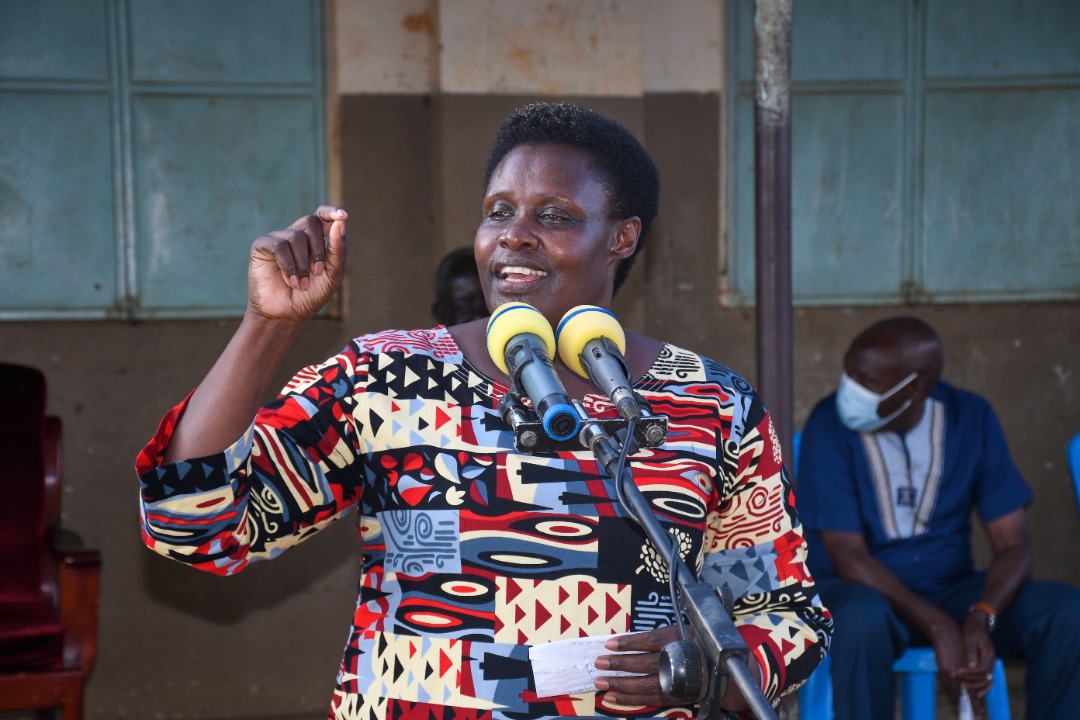 Vice President Maj. Jessica Alupo has led a team of ministers to Soroti City-East to canvass for votes to NRM flagbearer Herbert Ariko.
The lady from Katakwi showcased her mobilization skills after commanding all ministers from Teso sub-region in the vote hunting program which started on Saturday.
Rally after rally, Alupo outlined a series of success stories by the NRM in Teso sub-region which she said are a strong basis for the people of Soroti City East not to ditch the NRM flagbearer.

She held six rallies in Otatai, Acetgwen and Opiai wards where she interacted with the voters on the distinctive mark, the NRM has made for Teso sub-region.
“We are here to ask you to continue a peaceful journey led by President Museveni, by voting Herbert Ariko. NRM promised a University, it delivered it. NRM promised good roads, these also came. NRM promised improved Agriculture with tractors, sustained peace and on all its promises; NRM is continously delivering. Let’s not interrupt this progress. Vote right”, said the Vice President, as she led several ministers and MPs on the campaign trail.

We understood that Gen. Museveni a fortnight ago deployed Alupo to ensure that Soroti City East constituency is delivered to NRM. Alupo henceforth embarked on holding tactical meetings in which all NRM-leaning independents had to be convinced to jump out of the race. Her going to Soroti City-East boosted Ariko’s chances of winning as all Teso leaders seemed to be united against a common political enemy this time.
Among the ministers included Gen. Jeje Odongo, Musa Ecweru and Obote Ongalo.
Alupo left no opportunity untapped into as she also went to media houses in Soroti City to market more the NRM success stories citing various socio-economic development programs done by the party. She was hosted on Etop radio and TV East.

Meanwhile, Prime Minister Robinah Nabbanja also held a series of meetings with several special interest groups on her second day in the field.

The Director for mobilization at the NRM secretariate Rose Mary Seninde urged voters to send someone who will join a bigger family of decision makers for improved services. “I therefore appeal to you to vote Herbert Ariko”, she requested.

Herbert Ariko has, in his previous tenure at Parliament endeared himself to the masses as a results-oriented leader whose leadership will unite and serve the people.