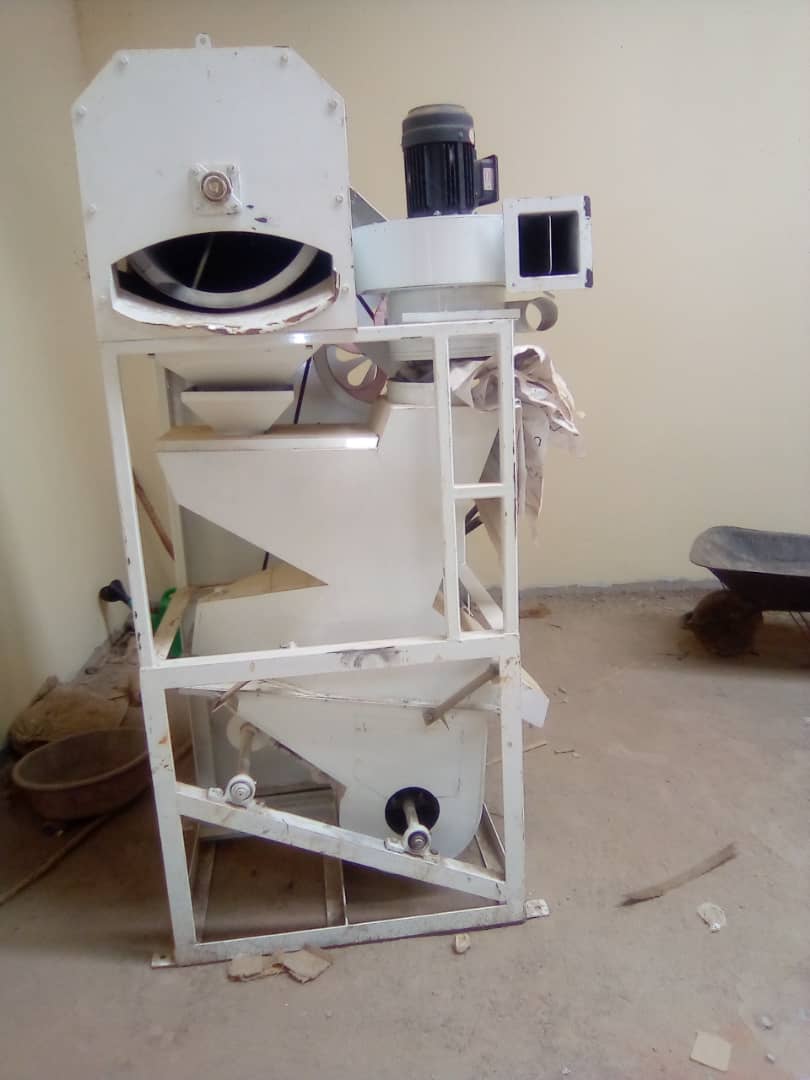 Farmers in Bugiri district are cursing the day they clapped hands several times upon hearing news that they were going to get seed cleaner machines.
The hands were clapped after the ministry for Agriculture, Animal industry and fisheries; under the Agricultural Cluster Development Project (ACDP) assured them that these machines were to help them improve on their produce and quality. True, the ministry did as promised but the machines have remained tourist centers as they don’t work courtesy of no electricity.
We understood on proper grounds that the ministry about two years ago undertook a program to set up these machines, machine shelter and a multi purpose hall in this district but forgot that these machines use electricity to run.
Our Inspectors landed on two machines baptized as ‘ACDP’ and these are found at Magoola village and Kiteigalwa in Buwunga sub-county in Bugiri district. The ministry we are told set up nine of these machines but only two can be taken as a success story. The rest are being taken as ‘baren projects’ by locals.
MAAIF set up two buildings one housing the machine and another a conference hall at the two sites our Inspectors visited. The one at Magoola was valued at over Shs100m and so was that at Kiteigalwa village according to our Inspectors.
Whereas there’s some semblance of seriousness going on at Magoola in spite of lack of electricity, at Kiteigalwa; the place is bushy, deserted and that one can be convinced that this isn’t a government project. To begin with, the machine parts are not assembled at all and have all started gathering dust with some currently turning into home for rodents and others rusting.
The Ministry under (now) fired PS Pius Wakabi Kasaija didn’t find any problem taking such a multimillion project to farmers only for it to fail to provide electricity.
“As you can see, this money was wasted. For the last two years, we have had these machines here but nothing is taking place. There is no electricity and sometimes we wonder whether government has planners” says a farmer who belongs to a local farmers’ association called Kiteigalwa Rice Farmers and Marketing Cooperative Society.
“They brought these machines and just jumped them here. The spare parts are not joined to ensure that they aren’t stolen. Each part is on its own and we highly suspect the parts can’t make a full running machine. Some parts are missing and we don’t know what the motive was. How can someone set up such a machine without providing electricity? There’s something we don’t understand here” an inspector said.

Indeed, looking at the structures, the ones at Kiteigalwa have become bushy and deserted. As for the machines, they are all scattered in the dusty non-cemented floor. When we inquired about the issue, the farmers told us they have since given up.
“This thing was set up in 2020. We are now in 2022, you think they don’t know? If they don’t bring electricity to run the machine, we are going to leave it and count that as a loss. The technician supposed to connect the machine parts refused to do work saying he wants electricity” the inspector added.
It is not clear why the ministry decided to set up this project without coordinating with the Rural Electrification Agency. For the first machine at Buwunga, the parts were joined but even efforts by farmers to bring a power line at the site have not yielded fruits as they lack a transformer. The farmers are involved in grain business including rice, maize among others. The machines are meant to partly help them in sorting the grains.
Meanwhile, Members of Parliament led by Hon. Jonathan Odur have complained about the non performance of many projects such as the Agriculture Cluster Development Project.
The MPs are blaming the technical people in the Ministry for the shortcomings. This has since attracted the attention of the deputy speaker Anita Among who has asked the ministry to brief the house on the mess in this sector employing the largest section of Ugandans. Of particular importance is the failure by this ministry to pay farmers who supply it with farm inputs such as cassava cuttings among others.
“This matter goes beyond the failure to pay. The entire sector is grounded. Many Commissioners and Directors have abandoned their offices because of frustration. In fact most of them are Planning leave MAAIF for good” an inspector said, adding ever since Gen. Museveni deployed a military officer Brig. David Kasura as PS MAAIF, things have not remained the same.
Apparently, Brig. Kasura allegedly doesn’t want to take chances by delegating someone to act as PS in case of his absence.
“He leaves the station and moves with all the powers. For example he is now in Turkana-Kenya but he did not delegate powers to Under Secretary yet by law, whenever he is going away he has to leave his office properly functioning. Right now everything at the Ministry is at standstill until he comes back, yet he is soon flying out to Dubai for another week” an inspector said of the situation at MAAIF, adding that some donor projects are at the risk of being written off.
President Museveni a few months ago fired with disgrace then PS of MAAIF Pius Wakabi Kasaija. He replaced him with Kasura who had been the commander at National Leadership Institute-Kyankwanzi. Since his coming to MAAIF, many staffers’ tummies reportedly convulse on hearing that the all-powerful Kasura wants to meet them.
Wakabi was fired alongside other former PSs including Amb. Patrick Mugoya who was replaced by hon. Vincent Waiswa Bagiire as PS ministry for Foreign affairs.
Watch this space!