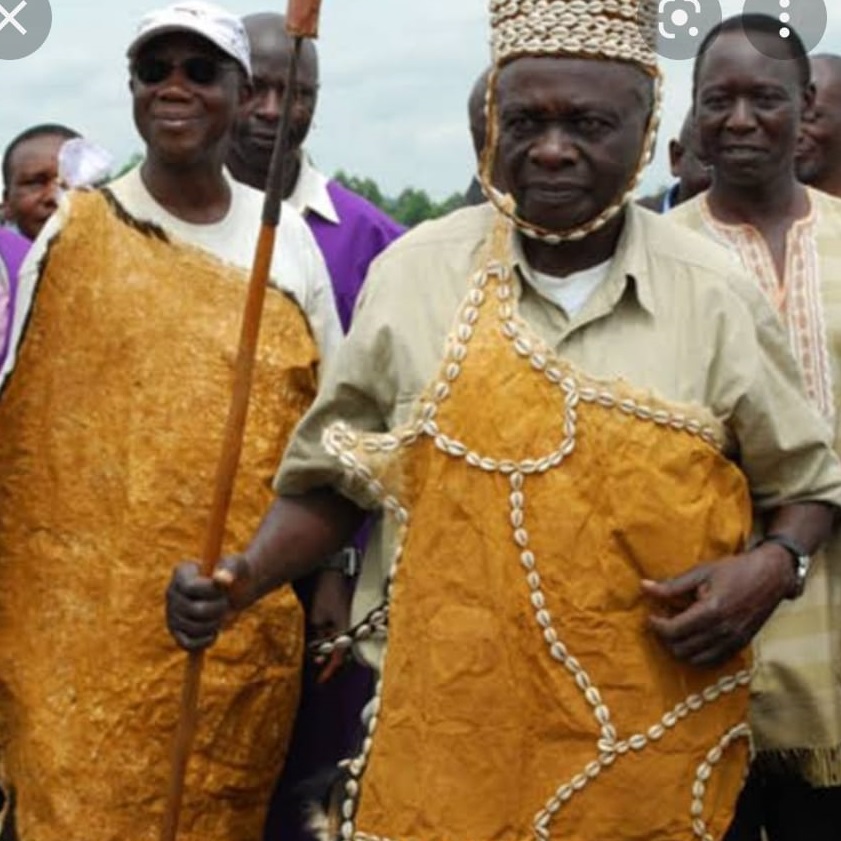 With the infighting threatening to tear up budding Bugisu chiefdom, a proposal has been mooted to allow former Omukhuuka Wamimbi Wilson to retake the throne.
The task for Wamimbi and his group comprising former AG Peter Magomu Mashate, will be to organize free and fair elections for the new Omukhuuka in a period not exceeding 3years.
Wamimbi hails from Wanale, one of the three lineages that make the Bamasaaba chiefdom. The lineages are borne out of the three sons of Masaaba who included Wanale, Mubuuya and Mwambu. Those in Sironko area are Bambu, those in Mbale area Wanale and those in Bulambuli area are Babuuya.

According to Inspectors, the constitution of this chiefdom dictates that power be held on a rotational basis among the three lineages. It is out of that arrangement that the inaugural king of Bamasaaba Wilson Wamimbi took over as king representing Wanale lineage after which he gave the throne to a Mubuuya (Bob Mushikori) whose term also ended.
The current reign is supposed to be for Bambu who seem to be determined to kill the chiefdom due to infighting.
On one side is alleged NRM-leaning Jude Mudoma and other other side is Amram Wagabyalire who is alleged to be fronted by FDC strongman Nandala Mafabi. It’s however, not clear if the duo are standing on those political inclinations but Inspectors said, this is the salient issue causing the fracas.

“We are seeing politics trying to override our interests as a chiefdom. Some view Mudoma as being a front of NRM and others see Wagabyalire as a Nandala project. It’s true they are both Bambu but now those issues of politics have come in and this is where we are losing the point” says an Inspector.
It is claimed the NRM fans don’t want to see Wagabyalire in the chair and yet even Wagabyalire group is determined to take over the throne.

The government recently appointed Mbale City RCC Ahamad Washaki to study the fights and make recommendations before the right Omukhuuka can be installed.
“We know he is siding with Mudoma” says an Inspector loyal to Wagabyalire group.
With both rivals already running parallel offices in different areas, the issue of Imbalu (circumcision) has now set in. It’s an event that takes place every even year in a colorful ceremony which both rivals are now fighting to organize.
“Mudoma group (at Mutoto cultural site) says it has the full rights to organize. Also Wagabyalire group says it is organizing. That means violence is in the offing! Since when did we reach here?” Says an Inspector.

We’re told out of that hullabaloo, the minister for gender, labour and social development Betty Amongi is not seated. Because of the importance of the Imbalu, she is suggesting to select a committee to organize the event to avoid clashes between rival kings Jude Mudoma and Amram Wagabyalire.

“Imbalu (circumcision) is a Must-do event. It is like performing the Hijja by Moslems by going to Mecca or the Christians celebrating Christmas” says inspector.

However this time round, due to the unending wrangles over the empty throne, competing organisers had instead resorted to out doing each other by virtually assembling illegal imbalu /Buguugs vigilantes.

The President’ s strong man RCC Mbale City Ahmed Washaki outwitted by inviting the minister for Gender Hon Amongi who insititued Imbalu organising committee in what has been dubbed as a dexterous solution to prevention of a bloody violent Imbalu festival.

The innaugral Umuguuga was Ambassador Wilson Wears Wamimbi whom with the legal assistance of his reputed corruption free Attorney General Barrister Peter Magomu Mashate (locally referred to as “British standard”) steered a relatively trouble free, stable institution which was graced by several visits by President Museveni including the the innaugration of Imbalu festival in 2012 at Mutoto cultural shrine.

However with expiry of his term problems for the institution started with the ascendancy to the throne of His Highness Sir Bob Kipiro Mushikori whose term was allegedly dogged with intrigue and manipulation which culminated into his attempted impeachment by a rebel group. This alleged ‘rebel group’ now largely supports Mudoma. That was the genesis of the current mess in the Inzu Ya Masaaba.

We are now told that one of the viable options being floated to bring back sanity in the Inzu Ya Masaaba is for the warring seemingly irreconcilable factions of Mudoma and Wagabyalire to stand aside. When they do this, the former innaugral Umuguuga Wilson Wamimbi with his innaugral attorney general Barrister Peter Magomu Mashate, Sam Watulanzu and Mzee Cornelius Wekunya come in to use the remaining 3 years of the Mwambu term to organise and stabilise the institution by way of free and fair elections within a period not exceeding 3 years.
Watch the space!