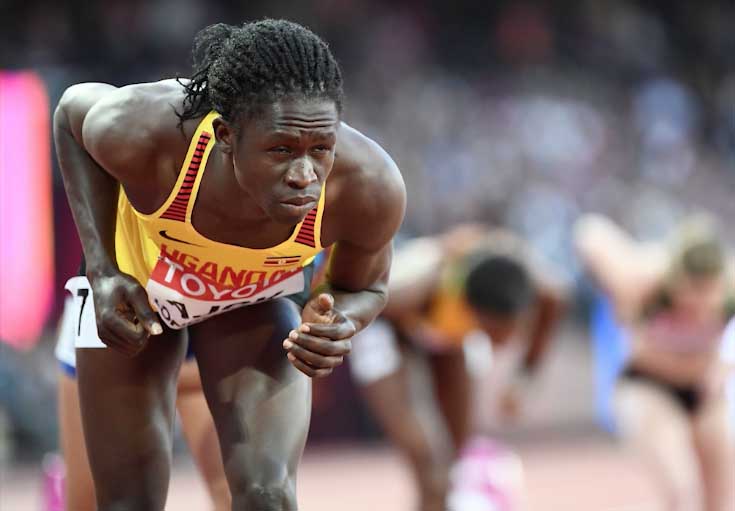 Ugandan athlete Dorcus Ajok may have a new lifeline to advance her athletics cover after scientists admitted having made errors in a study that led to her being banned from competing in the 2020 Tokyo Olympics.

A middle distance runner, Ajok had kicked off her career well by breaking national records in the 1500m, 800m while she is also a formidable runner in the 400m, 4x400m relays and mixed cross country. After winning 1500m gold in the World University Games, the spotlight in the middle distances was on her, with many expecting her to bring a medal for Uganda at the recent Olympics at which Uganda bagged four medals. However, this was not to be as the (IAAF) International Amateur Athletics Federation (now World Athletics) banned her from competing with other women in races ranging from 400m to a mile. This was on account of Ajok and other athletes classified as Differences of Sexual Development (DSD’s) possessing a genetic variant ‘46XY DSD’ which accords them higher levels of male hormone testosterone. Other notable athletes with the same condition include South Africa’s caster Semenya.

The IAAF based its decision on a 2017 study by the British Journal of Sports Medicine which was sponsored by global track & field sports governing body, World Athletics. According to the study, DSD’s have a naturally ‘unfair’ competitive advantage over fellow females without the ‘46XY DSD’. It was thus ruled that athletes like Ajok and Semenya would have to first take testosterone-suppressing medication before being allowed to compete. Specifically, the athletes would be required to lower their testosterone levels by taking hormonal-suppressing medication such as contraceptive pills over a minimum period of six months prior to compete. This will be done as World Athletics seeks to introduce a testosterone limit of 5 nonamoles per liter for DSD athletes competing in international events between 400m and a mile.

The rule has however been unpopular with the athletes, with Semenya challenging it up to the Court of Arbitration of Sport (CAS).

Latest reports now reveal that DSD’s may be able to run again after the sports journal of medicine walked back findings on the study that was the basis of banning Ajok and athletes of her ilk.

According to the Wall Street Journal, the publishers of the study have since corrected it, with the new correction stating that the influential study overstated the competitive advantage conferred upon DSDs by elevated levels of testosterone for female athletes. The new correction now raises new questions about the move to ban female DSD athletes like Ajok.

The revelation also comes at a time when while Ajok conceded that she has nothing to do about the ban, South Africa’s Semenya vowed to continue fighting against discrimination of athletes like her.