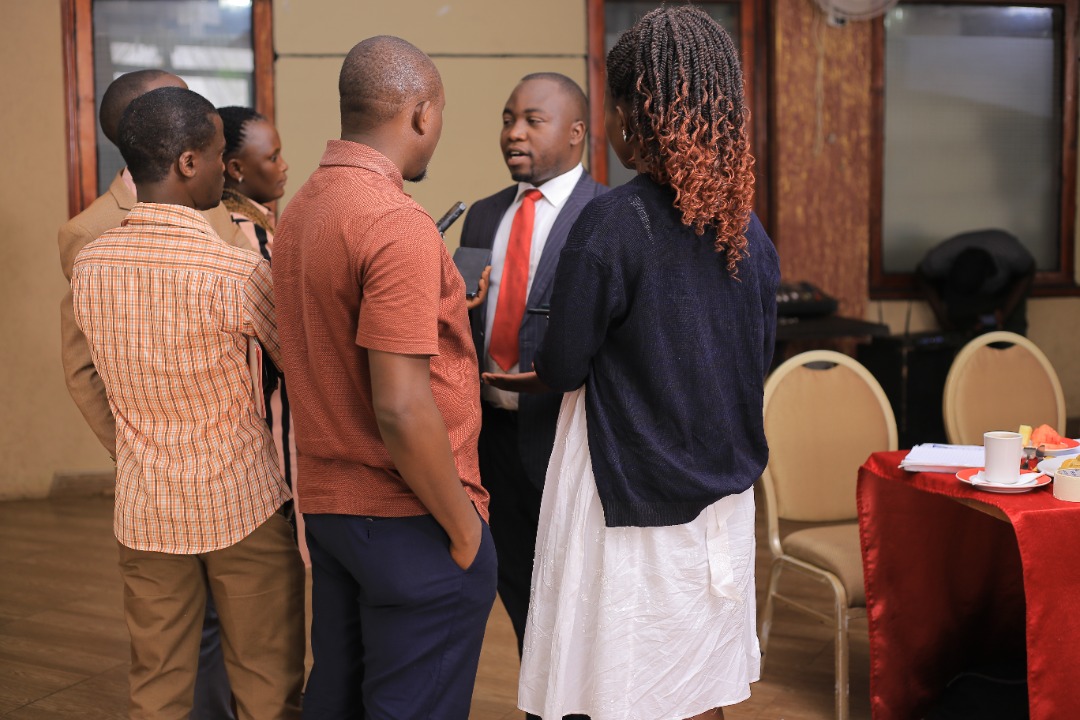 Mr. Mutehimbwa talking to journalists about the portal

Ugandans with interest in knowing how their presidential candidates performed in various electoral areas have got a reason to smile.

This is because, all presidential election results since Uganda went Multi-party in 2006 are now available online.

This is courtesy of a local NGO-Sensitize Uganda. Headed by Chrispin Mutehimbwa, Sensitize Uganda has come up with a portal where all data regarding our election results for the president can easily be accessed freely with just a click of a button!

We swear, the rich portal has every data begining with polling stations, parishes, Subcounty, county, district, region and the final tally.

So rich it is that the portal even tells you which district has the highest number of invalid votes, the district where there’s a high number of voter turn out and that with lowest morale to vote. Just to sample you, the last presidential election indicated that Gulu District had the largest percentage of voters who never turned up to vote followed by Kampala even as it was politically hyperactive. Those who voted in Kampala were merely 42% according to the portable data analysis.

Unveiling the portal to the media at Grand Global hotel, Mutehimbwa said that given the available resources, the portal can only give the researcher presidential results but they intend to also add those for members of Parliament and local government in future.

“This is a simple portal having all presidential results since Uganda embraced multiparty politics in 2006 to 2021. We use what the EC gives out to simplify use of data. We rely on EC data because it’s the only one mandated to organize, manage and announce results. This data portal can partly be used by those who want to file petitions but most importantly, we are looking at how we can improve on our future elections” he said.

He said although some people cast doubt in the results announced by the EC, the NGO only follows the law because it’s the EC that announces results.

“Our intention is not to legitimize (EC results) but to simplify the data. The data helps you to analyze and challenge” he said.

Mutehimbwa however, urged the EC to speed up the process of data collection and availability to the public. Currently, the EC takes between 4-6months to avail this data and yet the results are announced in just 48hrs. To access this portal one simply has to login #UgandaElections Data Portal. Watch out for details!