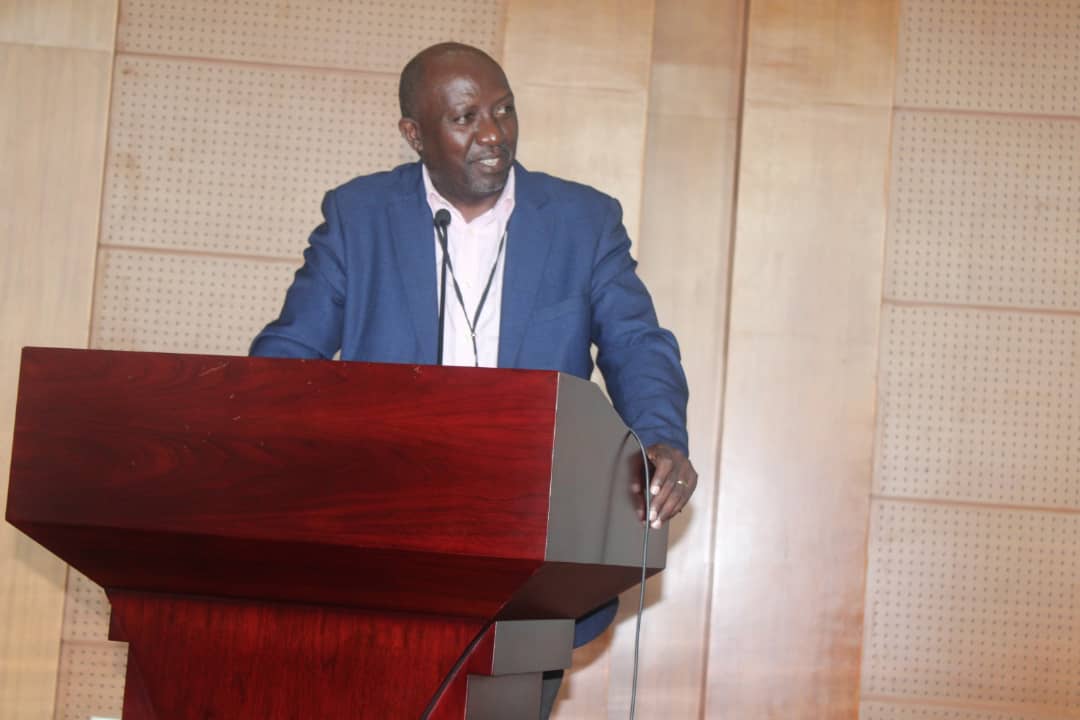 Failure by government Ministries, Departments and Agencies (MDAs) to effectively absorb budgetary allocations remains a major impediment to manifesto implementation and service delivery in the country.

This was revealed by Ms. Margaret Kakande, the Head Budget Monitoring & Analysis Unit at the Ministry of Finance.

Kakande made the revelation while analyzing the budget performance on service delivery during the 2021-26 NRM Manifesto 2021-2026 Semi-annual Evaluation Workshop organized last Friday by the Manifesto Implementation Unit (MIU) of the Office of the President.

The meeting drew the Manifesto Focal Persons (MFPs) attached to the various government MDAs, who convened at the Office of the Presidency’s Conference Hall to give an update on the progress of the manifesto implementation so far.

According to MIU Director, Mr. Willis Bashaasha, the manifesto

semi-annual review meeting was also convened with a view to: continue emphasizing importance of manifesto in realizing government’s service delivery objectives; foster improved coordination of reporting mechanisms between the manifesto implementers and supervisory organs like MIU/Office of presidency as well as tracking implementation of manifesto by sharing identified challenges to inform subsequent necessary adjustments and solutions.

To achieve the above, the day’s panelists included key technical persons in the manifesto implementation cycle, who included resource persons from the Ministry of Finance, Apex Platform as well as economists and policy analysts.

During deliberations, there was general consensus that while government lined up many service delivery commitments in the manifesto, effective implementation of the same hasn’t yet been satisfactory.

This was blamed on a host of challenges ranging from unavoidable shocks like the covid-19 pandemic and the Russia-Ukraine war, which have distorted global economic production systems.

But while highlighting the relevance of the manifesto in government, Prof. Ephraim Kamuntu, the Senior Presidential Advisor on Manifesto implementation, noted that there are also local challenges which he said need to be addressed by those charged with service delivery across the country.

“There are many challenges among which include excessive bureaucracy which tends to red tape, poor land tenure system, environmental degradation and climate change, and then the agency theory which essentially brings about a mismatch between the aspirations of the manifesto framers and those who do its actual implementation, among others. However, it is the duty of everyone charged with manifesto implementation to ensure that you do all it takes to deliver services to the citizenry,” Kamuntu said.

Echoing Prof. Kamuntu’s call, Hajji Yunus Kakande, the Secretary to the Office of the Presidency, rallied the implementers to stick to the 23 Strategic Guidelines which President Yoweri Museveni designed to guide service delivery. Kakande noted that this is the only way challenges like budgetary shortfalls will be addressed.

“Budgetary shortfalls hampered manifesto implementation due to inadequate releases. For instance, in the First Quarter the budget was financed up to just 12% and about 75% in the Second Quarter. But this is because we have been challenged by persistent shocks which have paralysed economic activity thus affecting our growth and development indicators at the macro level,” Kakande said. He thus rallied manifesto implementers to concentrate on the easily achievable programmes within the manifesto; which can then be accomplished on a quarterly basis as opposed to concentrating on aggregate projects which last the entire 5 years of the manifesto cycle.

He further highlighted the need for result-oriented management at all levels of manifesto implementation, noting that this will be the only way to achieve the manifesto targets within the available means.

“Do not expect too much increase in the releases because the global economic outlook is not good. The world is staring at an economic recession but we are lucky as a country that the economy has remained relatively robust despite the shock,” Kakande said, attributing Uganda’s peculiar luck to availability of food to feed the population.

In this regard, Prof. Kamuntu called for effective prioritization in manifesto implementation, urging the focal persons to concentrate more efforts on poverty eradication pledges within the manifesto.

“As you are aware, Uganda is being held back from Middle Income Status due to a big subsistence economy. However, the manifesto can cure this if implemented with effectiveness,” Kamuntu said. Kamuntu reminded the implementers that by 2014, Uganda’s subsistence sector stood at 68% in 2014 but through manifesto interventions, it has since been reduced to just 39% today.

At the same workshop, Margaret Kakande, the head Budget Monitoring & Analysis Unit at the Ministry of Finance expressed dismay that despite the country experience budgetary shortfalls, many MDAs were failing to absorb funds allocated to tem, thus crippling efficient service delivery to Ugandans.

She noted that due to the shocks highlighted earlier, total budgetary allocations to service sectors declined from Shs2trn to Shs1.9trn into 2020/2021 and 2021/2022 respectively, although it remained static at 45%.

She noted that despite this, there was significant poor performance in service delivery in many sectors including Energy, Works & Transport, Water & Environment and Agriculture, among others.

For instance, a service delivery survey indicated that many Ugandans continue to seek agricultural services from private players, with just 50% farmers getting extension services from government extension workers by June 2022.

Of these, 49% were crop framers while just 22% were livestock farmers. In the health sector, many citizens complained of long waiting queues at hospitals, long distances to health centres and drug stock outs.

This, Ms. Kakande said, is paradoxical given that government has ‘littered’ the country with health centres (but which were found understaffed hence forcing people to move long distances to the few well-staffed health centres. The situation is however much grimmer in the energy sector, where it emerged that despite government investing heavily in electricity, only 20% of Ugandans light their households with power from the national grid. Sadly, the power generated has continued to place a deemed energy cost on government, with little so far done in terms of increasing domestic consumption of power.

For instance in the last financial year, some of the poorly performing sectors in service delivery included works, agriculture, ICT and energy.

Ms. Kakande thus urged the MDAs to concentrate more efforts on non-wage expenditure as this means directing funds to implementing government projects that are laid down in the manifesto.

The manifesto semi-annual review workshop precedes the manifesto week which will be held at the end of the year to comprehensively review the progress of the implementation of the manifesto across all government MDAs.