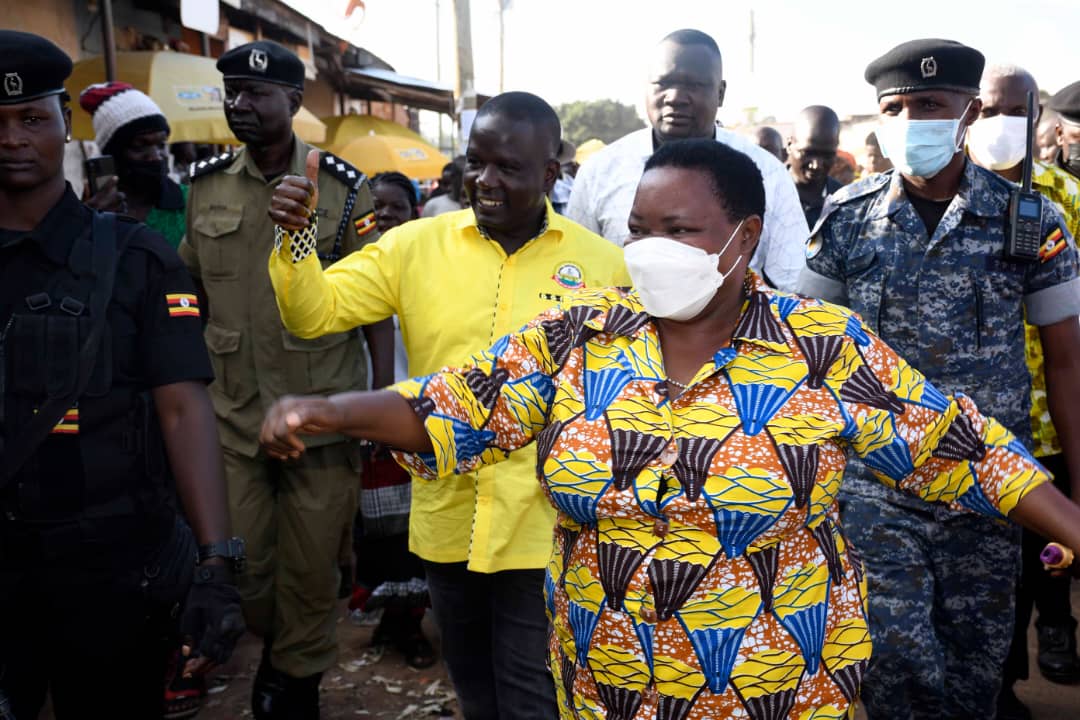 Nabbanja, who was received by the NRM Vice Chairperson for the Eastern region, Capt Mike Mukula, appealed to the electorate to vote for a candidate who relates well with the government if they are to have improved service delivery.

“There are many government programs that the people of Soroti city have to benefit from but are hindered by bad leadership. There’s emyooga and the recently launched PDM. All these are for the development of all Ugandans,” Nabbanja noted.

She further appealed to the people of Soroti City East to go beyond perceiving the government as merely a provider, but rather as a capable partner in the socioeconomic development of their constituency.

She then revealed that the President will be spicing up the NRM campaign efforts on Monday, the 25th of July by holding a rally in Soroti City East to campaign for the party flagbearer.

“Don’t block the road to development by voting for an opposition candidate. The only person capable of mobilizing resources for his people is Hon. Herbert Ariko Edmund. With him, Soroti City is safe in his hands.” He added