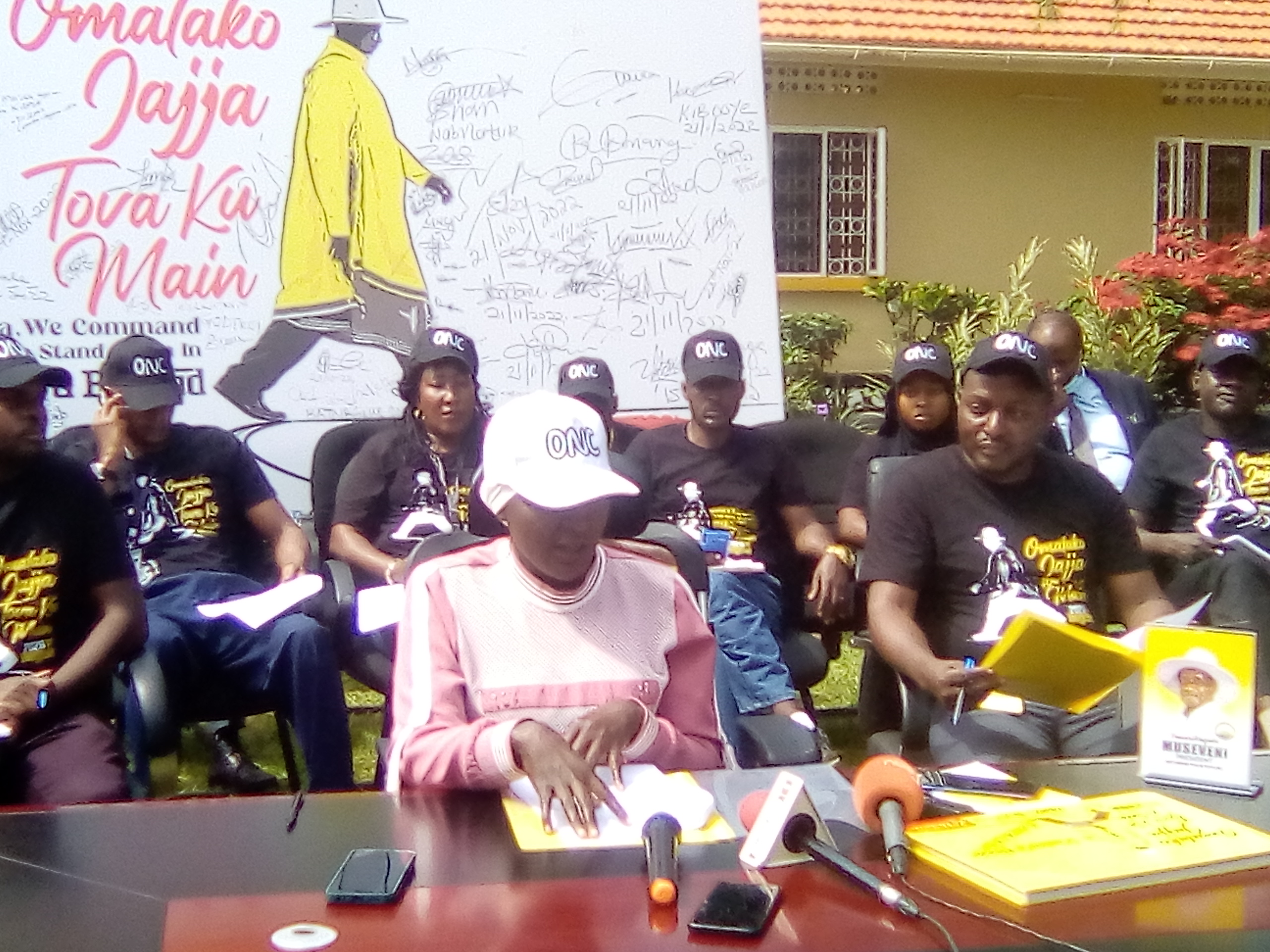 The Office of the NRM National Chairman (ONC) at Kyambogo has embarked on a nationwide search for new official coordinators at all levels.
As such, the outgoing office bearers have been given an ultimatum of two weeks from now to file their reports with ONC without fail.

According to ONC head also Senior Presidential Advisor on Political Affairs Namyalo Hadijah Uzeiye, those who will fail will be considered as non-existent.
She says the directive goes to all regional coordinators from all the 18 Subregions, District Chairpersons from all the 146 districts down to village or cell level.

“I hereby direct all former and outgoing coordinators to prepare a three year detailed activity report and submit to ONC at Kyambogo within two weeks from today December 8. I want them not later than December 23 at 5pm without fail” she directed.

In a press conference at ONC Kyambogo, Namyalo explained that the much-needed reports should not forget to answer questions like ‘what have you (coordinator) been doing? What are the challenges? Where is the weakness? among others.
She said since the election ended in 2021, there’s no single report that has come out to explain why candidate Museveni performed badly in some regions so that such issues can be handled earliest.

“This is a new leadership. We haven’t received any report why Museveni failed in some regions, the challenges, what’s the status, where can we improve, whats the opinion of the coordinators and many other salient issues. Therefore, the search for new official coordinators has started today. We ask coordinators to bring reports into what they have been doing since the last 3years. If they don’t bring those reports, it means they are non-existent” she said.

Flanked by ONC publist also chairman Lwengo district Ibrahim Kitatta Almalik and a host of Bazzukulu trading under ‘Jjajja Tova Ku Main slogan ‘, Namyalo also had no kind words for some individuals in the party who are trying to sabotage the ONC’s work.


He said ever since they launched the ‘Jjajja Tova Ku Main ‘ campaign, the group has met three categories of people including those who love Museveni, critics and haters. She even said some haters are threatening her life but she scoffed at them saying her group is ready for them.

“To those who have shown us love, we love you back and we will be your good friends. The critics, we note your constructive criticism and appropriate measures will be instituted. The haters, we are ready for you and your hate will not divert us from executing our mandate as directed by our chairman” she said and described them as self seekers who have no love for NRM and Museveni.

She also clarified that ONC is not obliged to follow any instructions from any office in the party unless it is the president whom she called NRM supreme leader.
She said the group is to continue undertaking it’s activities without any interferences by any office.


“We shall not listen to anyone who wants to sabotage Jjajja. We’re not talking about the NRM party but the office of the chairman. He is mandated to do anything good for the party without making any consultations. So, we shall not listen to those saboteurs sitting on billions (of money) in their offices and have not come out to help the Bazzukulu. Since 2018, they have been fighting us Bazzukulu forcing us into swamps but now, we want to stay on the main” she said.

She said the president guided them that there’s nothing illegal they are doing and so, they should continue with their activities.
For avoidance of any doubt on reports, Namyalo asked coordinators to contact 0775549199 or switch board number 0414671957 for details.