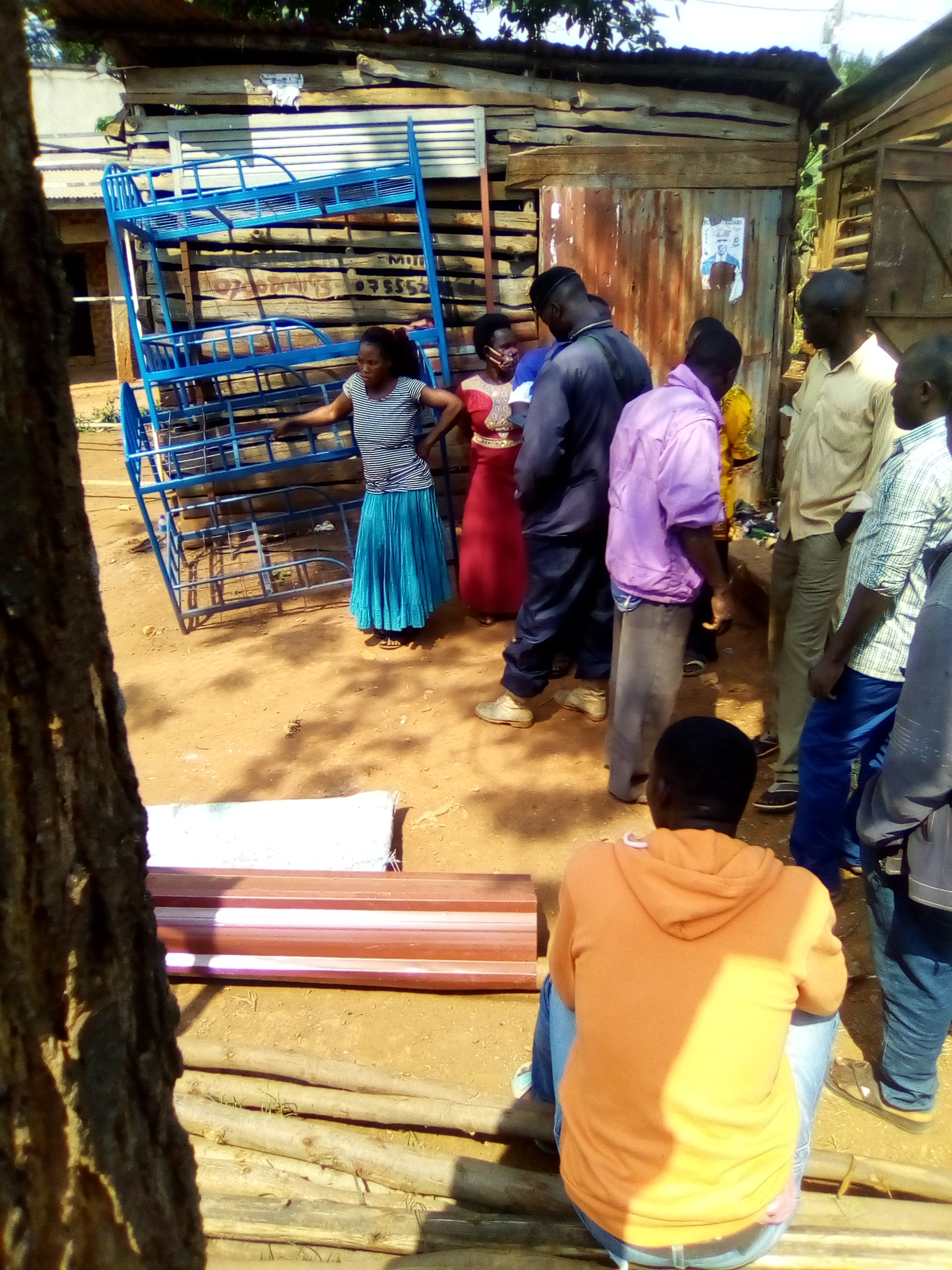 Drama ensued this morning at Namusera village-Wakiso district after one of the flamboyant ladies was nabbed red handed with suspected stolen items. The items included a welding machine believed to belong to thugs. It was however found in the shop of this sex-oozing black lady (names withheld to allow investigation), also a resident of Namusera.

The operation led by area police left locals in utter shock after several items were found hidden in the shop of this lady and others kept in her charcoal store. In the charcoal stores, police recovered a wheelbarrow, iron sheets, doors among others all believed to have been stolen from neighbors but were being hidden in the stores believed to belong to her.”How did this machine enter your house/shop?” The Police asked several times until the lady yielded to pressure and started spilling the beans.”The owner brought it here for safety. He said they will steal it unless it was in a safe custody” she said.

And when she was asked about other items also recovered from her alleged charcoal stores, she claimed the owner is the one who also kept them there.”That charcoal store belongs to her and that shop. I wonder how she got in touch with those guys to the extent of her keeping their items. We are losing many things to these people claiming to be scrap dealers. The other day, they stole my doors. It’s really terrible” a one Mulangira who is a welder told our Field Inspectors (FIP).

The Police parked all the items and tasked her to bring the owner to claim them from the police.According to locals, this lady whose shop is full of campaign posters for Busiro East MP Medard Lubega Sseggona outside, has been bragging how she was his campaign agent in the January elections.

The locals most of whom sounded like Sseggona’s supporters however, blasted her for shaming their party and acting contrary to the doctrines of NUP party.”Can you imagine some of the items were stolen from her neighbors? Which kind of a neighbor is that? Moreover a woman! We need to get rid of such quacks.

It means she knows those terrorizing us at night” this locals fumed and demanded that police takes her for further questioning.Locals said there’s a surge in cases of thefts in the area and is being blamed on scrap dealers. By the time our Field Inspectors (FIPs) touched base here, police had already harvested some goons and other items disguised as scrap.

These included brand new iron sheets, machines, doors (suspected to have been broken from people’s homes) among others.
It is however, not clear whether the MP knows this lady or she was just a mere volunteer during campaigns.