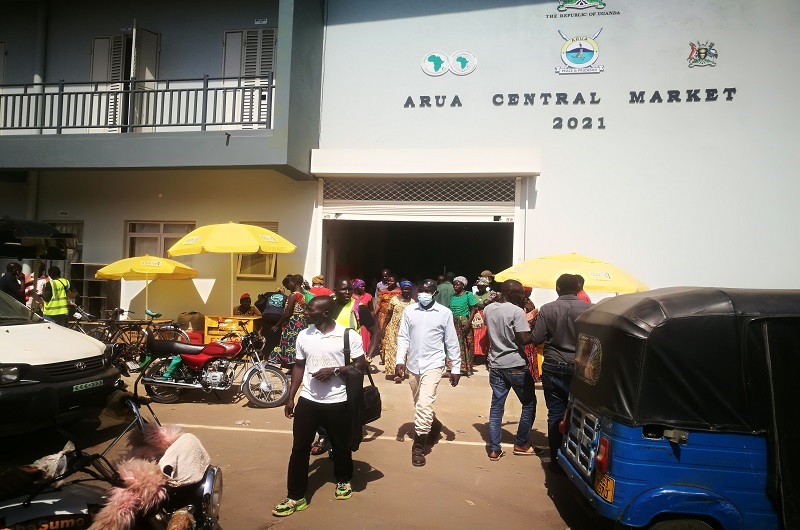 While addressing journalists in his office, Wanje recently said a total of 755 stalls and lock-ups in Arua central market have not yet been occupied.

“As we speak now; we have 755 spaces not occupied in the main Arua central market. Some of them were already allocated to people of Owino market (people selling second hand clothes). We have on several occasions warned them and encouraged them to shift and occupy those spaces but they have adamantly not moved to those places,” Wanje said.

“I still want to encourage them, especially for those who have spaces to go and occupy them. I have written several letters to them, we have had talk shows about it and they are not moving,” Wanje added.

“We had a memorandum of understanding (MOU) with some of them as council. So, that is why we are encouraging those who have space to go and occupy them. In fact, the council has gone ahead to say those who will not occupy their spaces shall be given a specific period and if they don’t comply, we shall allocate them to other people. We have a period which we are yet to determine,” Wanje promised.

But earlier on, Jackson Atima Lee Buti, the Arua Central Division Member of Parliament (MP) warned the Town Clerk against forcing vendors into the main market, saying they should be left to operate in their gazetted places so long as council collects dues from them.

Atima said, aware that the country is coming from the crisis of high commodity prices and covid effect, there is no need to chase people up and down because many are sleeping hungry in their homes.

“People are paying school fees, people got loans, people are attending to the medical attention of their family members, now what is the rush of starting to evict them left and right? This must stop!” Atima warned.

“I am from Entebbe, I have been in Mbarara, I have been in Kampala where people are vending. In Entebbe, vendors were selling everything on the roadside and nobody cares because people are recovering from the Covid effect. The city is for human beings; the city is not for cars, the city is not for animals, not for birds neither is it for buildings but it is for human beings. So, the city must not chase the people of the Central Division away,” Atima earlier emphasized.

He also attacked the city politicians and technocrats for allocating most of the juicy ground floor stalls and lock-ups in Arua central market for themselves thus forcing vendors to refuse to occupy the leftover spaces upstairs.

“So now after they awarded these stalls for themselves, there is already a crisis. Very many people remained with their MOUs without stalls and without lock-ups. They approached the leadership of the city, saying you gave us MOU now our MOU is here and we have no stalls what do we do? Unfortunately, there was no answer for them,” Atima stressed.

However, a committee headed by Alice Akello, the Arua Resident City Commissioner (RCC) was formed to investigate the matter and so far, the team has established that one Arua City technical staff has a lock-up in his name in the central market.

Reports now indicate that the Minister of Local Government, Rapheal Magezi is set to come to Arua city to find a lasting solution to the problems related to the market, vendors, political and technical staff of the city.

The shs34.9bn Arua central market which was funded by the African Development Bank through the government of Uganda has over 4, 000 stalls and lockup shops.

Hunger and Food Crisis in Karamoja Is A Govt Deliberate Plan