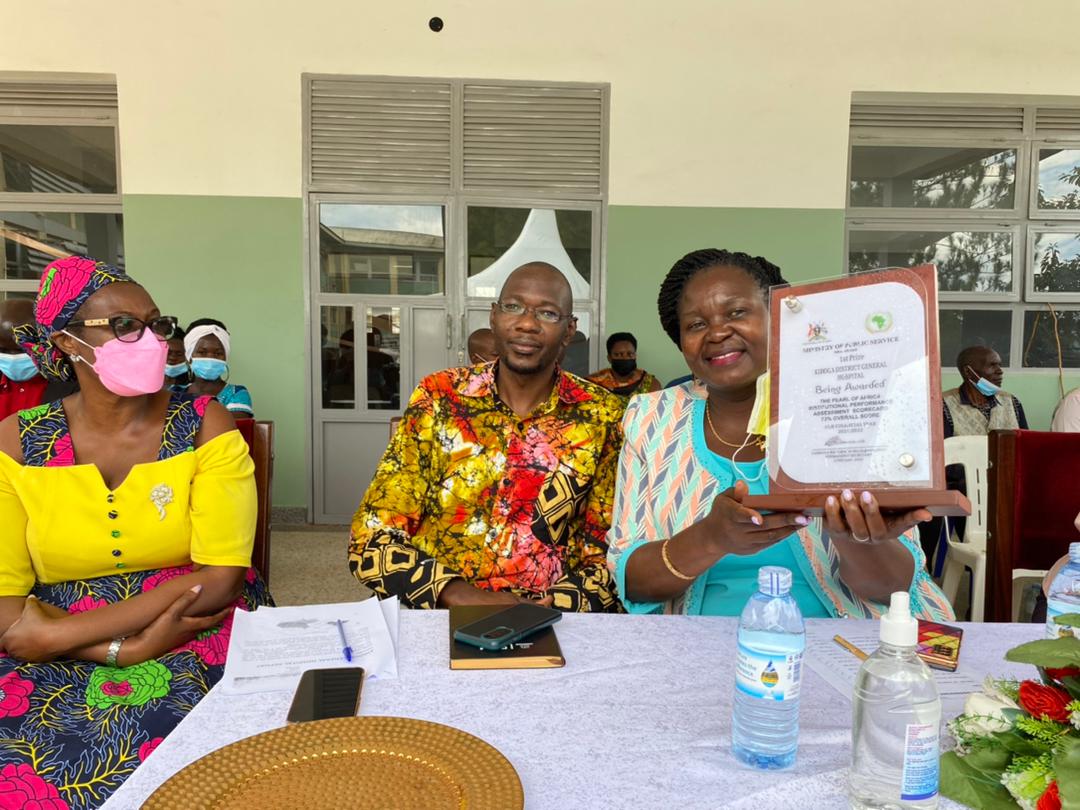 Min. Nankabirwa and Muhanga at the function

The Minister of Energy and Mineral Development Dr. Ruth Nankabirwa has commissioned Kiboga district hospital emergency unit worth Shs35m.
Dr. Nankabirwa committed herself to ensure that government funds this emergency unit and the entire hospital.

She says Kiboga hospital is the only big hospital between Kampala and Hoima districts hence the need to prioritize it.
“We used to receive so many accident casualties because this hospital is very busy since it’s on the highway to the Albertine region. We don’t have any other big hospital between Hoima and Kampala except Kiboga. So, government must must give priority to this hospital” she said.
Meanwhile State Minister for Health Margaret Muhanga has advised parents to always advise their children to prioritize sciences. Muhanga says that science subjects is the only way to go if Uganda wants to attain middle income status.

She had no kind words for people who always attack President Museveni for prioritizing science teachers
“I always see people on Social Media say that Museveni is not a scientist but he wants to pay science teachers well. Science teachers should be handled well because they save lives. You would rather study and become a nurse than doing a degree in social science in this era because studying art course is equivalent to nothing” she advised.
She further assured scientists including doctors,nurses among others that government will pay their salary increment.

In another development, Dr. Kasujja Asuman the hospital medical superintendent says the health facility has so many challenges among them is an old ambulance. He says the ambulance keeps breaking down which he says affects health service delivery. He adds that the hospital also has limited space for some clinics like diabetic clinic and inadequate funds to purchase more medical equipment such as surgeons tray, HDU beds among others.

Kiboga hospital is located along Hoima road 120kms from Kampala city and it was started in 1960s.