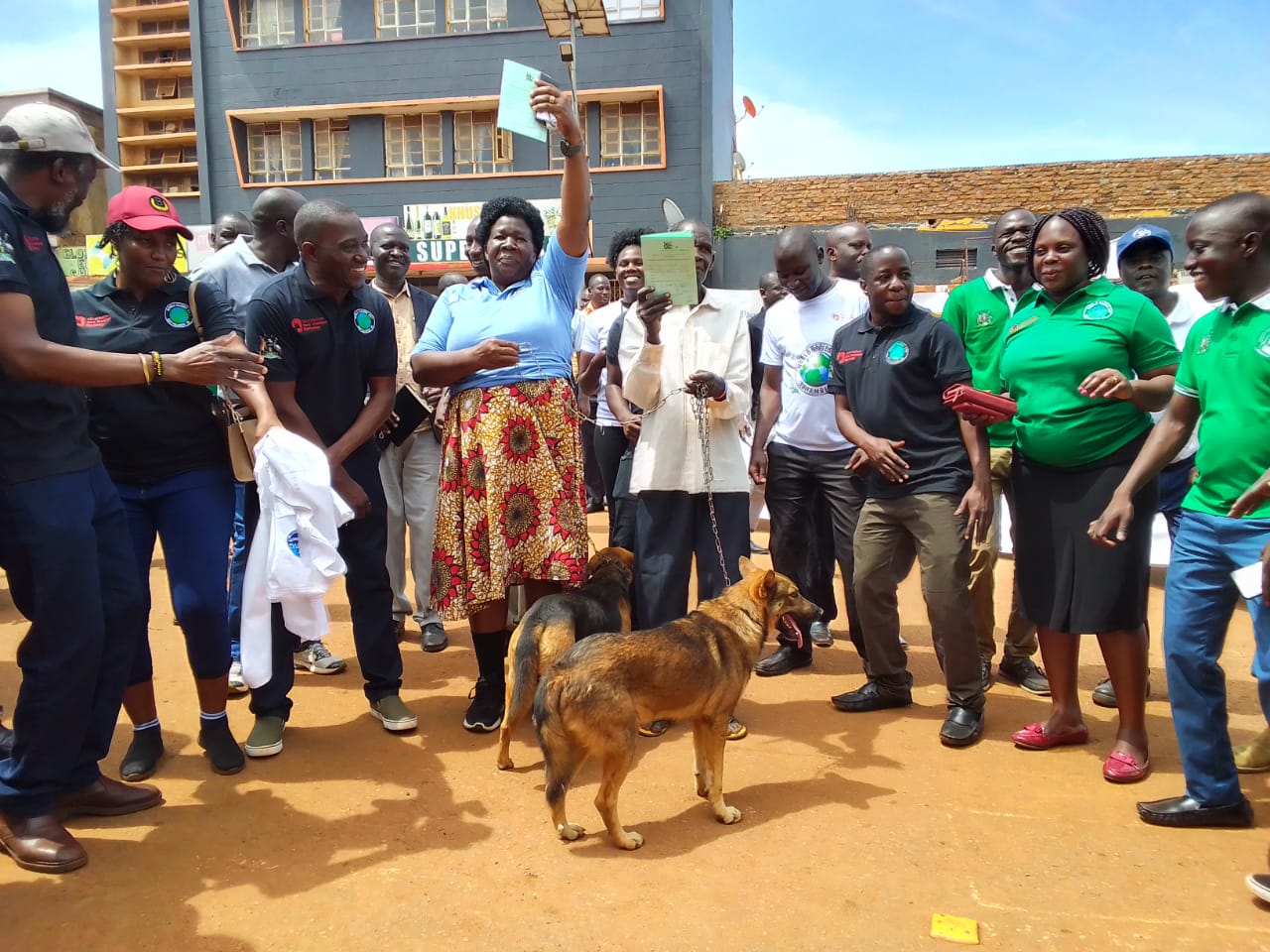 In the next eight years, Uganda will be free of rabies, a disease found mainly in dogs and cats.

This has been revealed by the State Minister for Animal Husbandry in the Ministry for Agriculture, Animal Industry and Fisheries (MAAIF) Col. Bright Rwamirama while officiating at a function as Uganda joined the rest of the world to commemorate World Rabies Day in Tororo District.

The commemoration started with a number of pre-event activities and the main function took-place at Tororo Children’s park with State Minister for animal industry, Bright Rwamirama as chief guest.

Rwamirama assured Ugandans that Government through Ministry of Agriculture, Animal Industry and Fisheries is determined to end rabies by 2030.

VSFG is an International Non Governmental Organisation supporting communities depending on Livestock partnered with MAAIF, UVA, FAO to support efforts to eradicate Rabies disease in Uganda by 2030.

Annually, Uganda joins the rest of the world to commemorate this day. World Rabies Day is a global observance commemorated on every 28th day of September in memory the life of Dr. Louis Pasteur, the first person to successfully create a vaccine against rabies and to raise awareness about rabies, its prevention and to highlight the progress in defeating this horrifying disease.