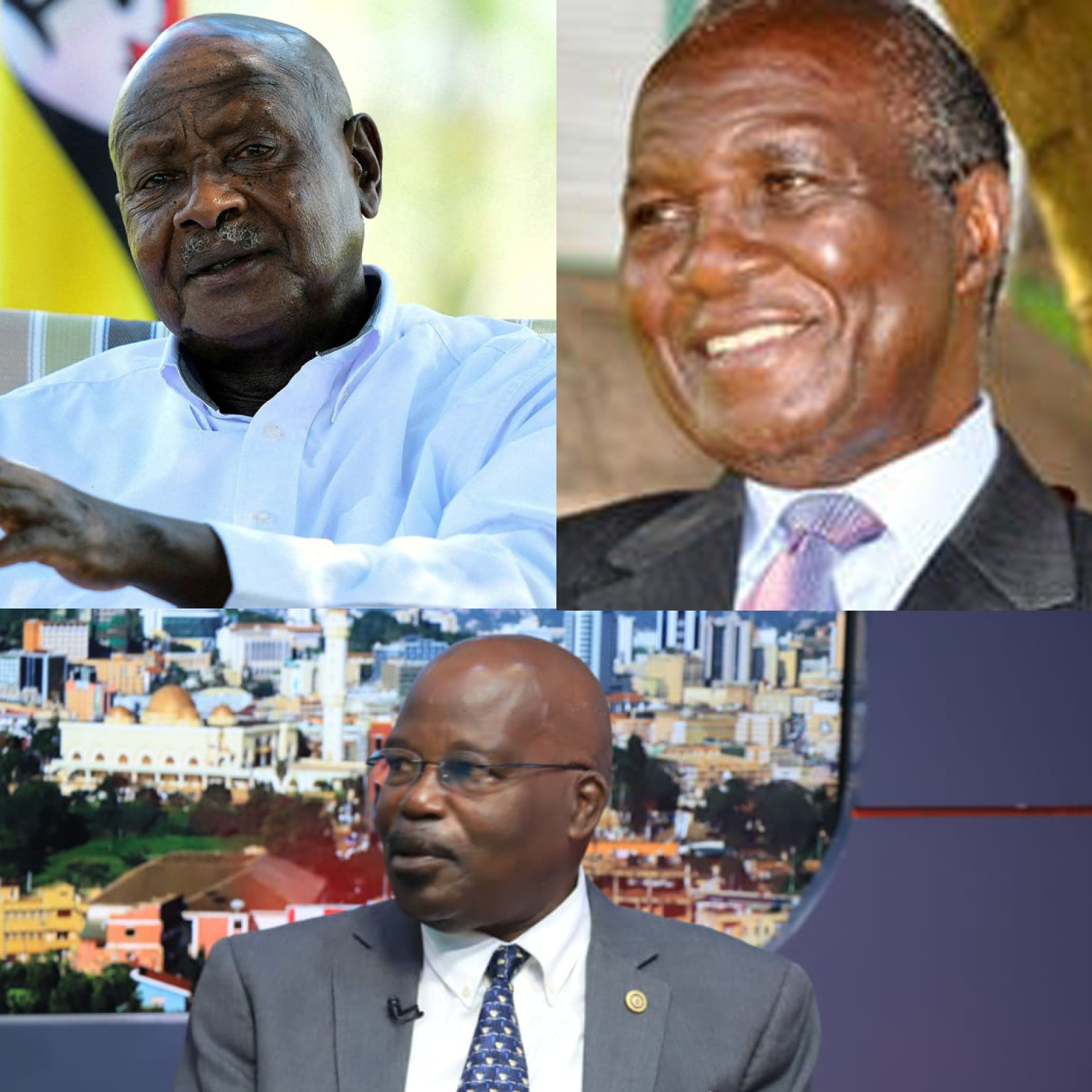 Fallen politician Dr. Paul Kawanga Ssemwogerere missed out on becoming president of Uganda after a last minute decision made by the president, this News site reveals!

It so happened that Tanzanian president Julius Nyerere had laid all ground to have the man from Kalangala takeover leadership only for him to change his mind after Milton Obote cried to him in a last minute chat.

And matters became worse for Semwogerere after his secretary general Francis Bwengye became close Yoweri Museveni and Andrew Lutakoma Kayiira after falling out with him on whether to participate or not in Obote II parliament or take up arms against him. Ssemwogerere preffered participation while Bwengye allegedly opposed it leading to their fall out!

When Gen. Idi Amin took over power in 1971, he released all political prisoners jailed by Obote after an attempt on his life in 1969. Among those released was Ben Kiwanuka whom he even appointed as Chief Justice.
Kiwanuka who was the DP president agreed to serve under Amin in a calculation that he was going to get power after Amin had promised to organize elections in two years.
“DP believed in democratic politics. This was the virus that has kept disturbing it to date. They don’t want to sweat. So, when Amin said he was going to go back to the baracks after two years, Ben didn’t analyse his statement properly. He didn’t ask how a man who came through violence could accept to go through a (mere) ballot box. Unfortunately, that’s how he (Ben) suffered a sad end” says an inspector.

With DP headless, it took about 10 years when it was in abayance since Obote had initially banned political parties and declared Uganda a one party state under UPC.
When UNLF finally ousted Amin, Prof. Dan Nabudere who chaired the all powerful Political and Diplomatic Affairs Commission maintained the lead on parties and preferred Uganda to continue under an UNLF umbrella.
However, politicians Ssemwogerere and Francis Bwengye ganged up and formed an adhoc committee of DP leadership with Ssemwogerere being president general and Bwengye the secretary general which kept operating underground.

Inspectors said the duo mounted pressure on Nabudere to open up political space. Ironically, DP teamed up with Obote (who was in exile) to agitate for multiparty return and yet the same man was the one who had banned the parties in the late 60s and even jailed DP leader Ben Kiwanuka.
“DP and UPC ironically allied to defy Nabudere. This seems to have been a wrong choice that DP took at the time. Therefore, it reduced it’s chances of successfully getting to State House and yet under UNLF, Ssemwogerere stood a better chance to compete with Obote who was already discredited along with Lukongwa Binaisa who was his hatchet man and author of the infamous pigeon hole constitution. Therefore, this mistake marked Ssemwogerere’s first miss out on State House” says a senior inspector who was pivotal in UPM formation.

With Binaisa who had already been president under UNLF having been discredited and so was Obote, inspectors said Ssemwogerere had all the opportunity to get power but ruined his chance.
“Obote was an opportunist. He appeared to work with DP to defeat Nabudere but his real mission was to get the support of Catholics. With DP on his side, he (secretly) emboldened his henchman Paulo Muwanga to overthrow the Nabudere, Binaisa and Edward Rugumayo government” explained an inspector.

With Muwanga now in the chair, Ssemwogerere immediately lost out as there was what was called a reallignment of political forces. Politicians who had served under Obote I and those who had been persecuted hated DP and UPC and preffered a 3rd way, hence the formation of Uganda Patriotic Movement.
Muwanga who was deputised by Yoweri Museveni immediately announced in May that there would be elections in December but under parties.

Obote however, reportedly feared Museveni’s presence in the military commission and kept asking for his ouster wondering what he (Museveni) was doing there!
“If you’re powerful, come and remove me from office” Museveni would respond to Obote.
Assured that polls were due in December, Bwengye organised DP delegates conference which endorsed Ssemwogerere as president general and him as SG and both of them stood in that election.

We are told delegation after another went to meet Nyerere seeking his indulgence to have free and fair elections in Uganda after sensing that Muwanga and Obote were planning to steal the election.
Meanwhile, Binaisa had been caged while Nabudere, Rugumayo, Omwony Ojok and Yash Tandori (also reffered to as Gang of Four) had fled to exile.
DP told Nyerere that because of bad preparations, the party wanted to boycott the election but he asked them to participate.
Nyerere at the time was said to be in a fix as he wanted his TPDF to pull out of Uganda and therefore, any election without DP at the time meant that the outcome was going to be illegitimate.

By rejecting the results, this meant Tanzanian forces were to continue on Ugandan soils yet Nyerere badly wanted them to return home.
“Nyerere wanted a result acknowledged by all Ugandans so that TPDF could leave. Nyerere even promised Ssemwogerere necessary support and that’s how DP participated” an inspector said.
We’re told the constant interaction between Ssemwogerere and Nyerere made the Tanzanian president believe that Ssemwogerere was the right choice for Uganda if supported. This however, infuriated Obote who complained that Nyerere was backing Ssemwogerere because he was a fellow Catholic and saw this as betrayal. Obote argued that Nyerere didn’t know the dynamics of Uganda’s politics.

“My brother, I want to remind you of the ideological brotherhood and the struggles we have gone through. We were also working on the Socialist Nile Valley project at the time I was deposed. I never betrayed your Pan Africanism cause” Obote told Nyerere upon learning that he was losing support to Ssemwogerere.
“So, on balance, Nyerere yielded to Obote and Ssemwogerere lost out again on the second chance but he remained leader of opposition in parliament under Obote II” says an Inspector.
We’re told besides that historical bond with Obote, Nyerere also saw an ideological problem in Ssemwogerere and his DP. Apparently, DP was more aligned to the West than East yet Tanzania was a socialist country alligned to the East.

When Obote became president again, there was a debate on whether DP should join parliament or not. Ssemwogerere preffered to join but Bwengye refused. Eventually, Bwengye decided to join Andrew Lutakoma Kayiira’s Uganda Freedom Movement and allegedly took it to Lubaga to market it as if Catholic church had formed an armed wing. Meanwhile, Ssemwogerere would later organise a walk out of the opposition MPs in parliament as Obote who was also the finance minister presented the 1st national budget.

“I see some people walking out, let them go to the bush, we shall find them there and leave them there” Obote retorted although those who went to the bush became victors!
“Bwengye also maintained a close relationship with Museveni. He knew the only way to remove the northerners from power was through armed struggle. Museveni had several meetings with Bwengye on the way forward although they deffered on strategy. Therefore, the gentle personality of Ssemwogerere portrayed him as a man who never believed in violence just like Ben Kiwanuka” says an Inspector. Dr. Ssemwogerere died on Friday and is due for burial tomorrow Monday. President Museveni has accorded him an official burial. RIP