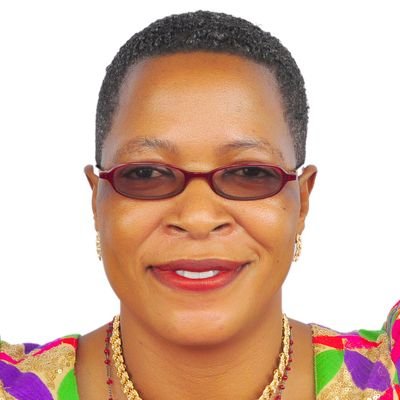 The battle to replace now fallen speaker Jacob L’Okori Oulanyah has started taking shape. However, for now, Inspectors suggest, the question at hand is whether a new speaker should be a man (again) or a woman. And who are these favored men and women if the equation of gender is resolved?

According to a tentative public interpretation of the law, Oulanyah’s body shall not return and be honored by parliament unless the position of speaker has been filled.
Currently, according to social media reports, the deputy speaker Anita Among and former speaker Rebecca Kadaga have ‘expressed’ interest to run for this coveted seat. According to the country’s order of precedence, the speaker is number three after the vice president and the president.

It is this seat No.3 which has now become a matter of debate on who the ruling party will front to take it up.
For now, both Kadaga and Anita are serving in different positions which shall require them to first officially resign before picking nomination forms in case the social media reports are anything to go by.
However, our Inspectors are not seated either. We have landed on credible clues that the president is allegedly being advised to allow any of his generals preferably Gen. David Muhoozi or Maj. Gen. James Mugira to dress up and join the race. The other person being talked about is Jacob Oboth Oboth, the MP for West Budama North.

Our Inspectors suggested that the idea to front men for this seat is premised on the fact that Oulanyah was a man and so, the seat should be retained by men.
“The vice president is a woman, the whole of prime Minister’s office is filled by women. It is only logical to let a man be in charge of parliament like it had been the initial arrangement and we retain a woman as a deputy” says a senior Inspector, adding that actually, a line of female legislators are ironically secretly rooting for a man to come in as speaker unless the president intervenes and engages members individually on the candidate he wants.

We are told since the law is silent on how/when to replace a dead speaker, legal brains in the regime are combing their heads to see if any of the proposed three possibilities can take place. One is to allow the current clerk to parliament Adolf Mwesige to go back to the political trenches and a quick by-election be organised in his constituency so that he can come and take up the position of speaker. Here, it is being suggested that the MP who thumped him in elections agrees to step down as MP, be compensated with a Ministerial job to allow a by-election. However, this suggestion seems to be unachievable given the urgency with which the position must be filled Visa Viz the electioneering process.
The alleged other suggestion on table is for MP Jacob Oboth to be endorsed by CEC and take up the job. Oboth is a former chief magistrate and also chaired the rules committee of parliament several times.

The other option is to pull out Abdu Katuntu from opposition politics and come as speaker. His only challenge is his religion. Katuntu (Muslim) is himself an independent MP and is the man who chaired the rules committee which a few days ago crucified Mityana municipality MP Francis Zzaake and led to his dismissal from the parliamentary Commission.
The last suggestion whose intent is to allow men retain this seat is for the Commander in Chief Gen. YK Museveni to allow one of his officers representing the army to run for speakership.
In this case, Generals David Muhoozi and Gen. James Mugira are being looked at.
Muhoozi is a former Chief of Defense Forces and an accomplished lawyer just as Gen. Mugira who is also a lawyer. They both represent the armed forces in parliament although Muhoozi is also a state minister for internal affairs. Mugira who got a First Class degree in Law, is serving in the mainstream army and has served as head of the army’s intelligence agency-CMI and it’s business wing-NEC among other positions.
“These are officers with a good track record and are both lawyers. They are MPs and the law is clear. Someone to be elected speaker, he or she must be an elected member. Therefore, as you can see, Gen. Museveni is not short of candidates if at all he wants a man take up this position” says an Inspector.
It is not clear whether the two generals would agree to this proposal, but our Inspectors said that they will have no option but to follow orders in case the High Command agrees to the suggestion.
“In the army, there’s nothing like personal wish or interest. It depends on the matter at hand and an order is followed to the later” says an inspector.
When pressed on whether the two generals (read favored candidate) have to be released from the army before standing, our Inspectors said this isn’t necessary. The inspectors reasoned that already parliament itself set the ball rolling after it allowed approval of serving officers to be ministers. This is how generals Aronda Nyakayirima (RIP), Katumba Wamala and now Muhoozi are serving in cabinet.
“If they can serve in the executive, it means they can also serve in the legislature or judiciary if they possess the requirements.” Says an inspector knowledgeable on the issues.

Like other candidates, Among must also pass through the NRM CEC chaired by the president. In May this year however, she sailed through as NRM candidate for deputy speaker unopposed. She also won resoundingly in the popular vote among legislators across the political divide to become the deputy speaker eight months ago.
Her only shortcoming according to Inspectors is that some of her opponents suggest she is a new comer in NRM to be entrusted with that big office. She therefore, just like Oulanyah ‘needs to be studied further’ by the system.
“Oulanyah spent 10years as deputy when we were studying him. But Anita is new to many of the CEC members apart from the chairman who knows her. But depending on what the chairman says, CEC will tow his position on her now that they have seen her (ability) in the last eight months acting as speaker” says an Inspector.
By press time however, a senior Inspector in cabinet said that as it stands, Gen. Museveni favors Anita Among to replace Oulanyah.
“Everyone is quiet. We are waiting for guidance from our boss (read Museveni). But all indications are that he’s with Anita for that job. Just wait and see” an inspector said.
Anita Among has largely been the speaker of parliament because her former boss Oulanyah has always been on and off ever since he gained that office.

REBECCA KADAGA
Inspectors said her only chance in the eyes of Museveni and CEC is the fact that she allows a compromise deal. Apparently, her decision to agree to lie low in cabinet even after serving as speaker gave the president confidence that she is now politically mature.
“It means she is here to serve the country but not to serve her personal interests. However, allowing her is something for debate by CEC and she has to resign also if she wants” says an inspector.
Anita Among is currently rumored to be at 61% fame among legislators although a previous secret research shortly after election of Oulanyah as speaker, conducted by intelligence in rating Kadaga vs Oulanyah (fame), it allegedly put Kadaga at 65%. The research was allegedly done to enable the system gradually deal with the Kadaga alleged threat in parliament. It is therefore not clear what percentage she (Kadaga) has; if rated against Anita Among or other probable candidate(s) for speakership now that Oulanyah has fallen. However, Oulanyah thumped Kadaga with a vote margin of 105 votes in the hotly contested race witnessed by the president who heavily backed Oulanyah. Both Kadaga and Oulanyah are Anglicans while Anita is a Catholic and is currently being refered to as ‘madam speaker’ by her fans.
Watch the space.