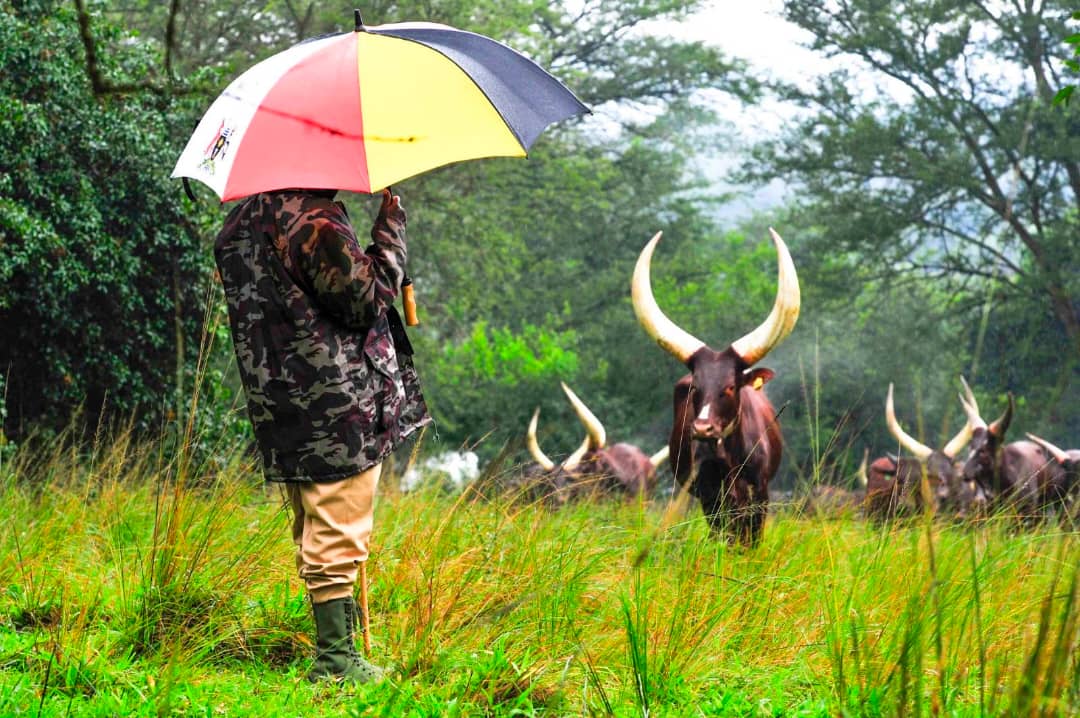 President Museveni has so far spent three days at his home village Rwakitura. He’s also expected to welcome the new year here! Although he usually celebrates Christmas and New year in Rwakitura, this year’s retreat is significant to many as there are lots of expectations by those who directly work under him or are scheming something from him!

Located in Kiruhura district, Rwakitura is famous for being Museveni’s personal main source of income!
He keeps here a herd on his vast farm. The president usually retreats here for active engagement in farming and does personal inspection of the farm on a daily basis.
On the other hand, Inspectors said Rwakitura is also his tactical place to make realignments in his government. Some of the key things he does while here is to study various briefs and also host some special delegations before effecting those intended changes.

“Rwakitura is key to those who hold cabinet positions. Everytime he goes there, most of us are on tenterhooks. Usually, anything can happen days after his retreat. Rwakitura retreat is a warning bell and most annual decisions are done there” says a top inspector in although such changes may happen later in the coming year!
Inspectors said the president also at times summons his individual ministers for grilling and or hold reconciliation meetings while at Rwakitura.

For now, the year 2022 ends with a nasty unresolved feud between speaker Anita Among Vs minister Persis Namuganza while at the same time deputy speaker Thomas Tayebwa is nursing a serious biff with internal affairs minister Maj Gen. Severino Kahinda Otafiire. Accordingly, the minister for ICT Chris Baryomunsi last week said NRM chaired by Museveni was going to summon Namuganza and Among for reconciliation.

In the pictures we got, a relaxed Museveni the farmer, is seen seated on his chair as he ‘communicates’ to his herd which seems to be attentively listening to it’s master!
In another picture, Museveni is seen monitoring how this workers on the farm are spraying the herd. Well, our Inspectors are there and here are some of the pictures of the president on the farm. Watch the space as you Enjoy the pictures!