Former MPs Divided On Idea Of Forming A Political Party As Some Suggest Gen. Museveni Is Still Best Option! 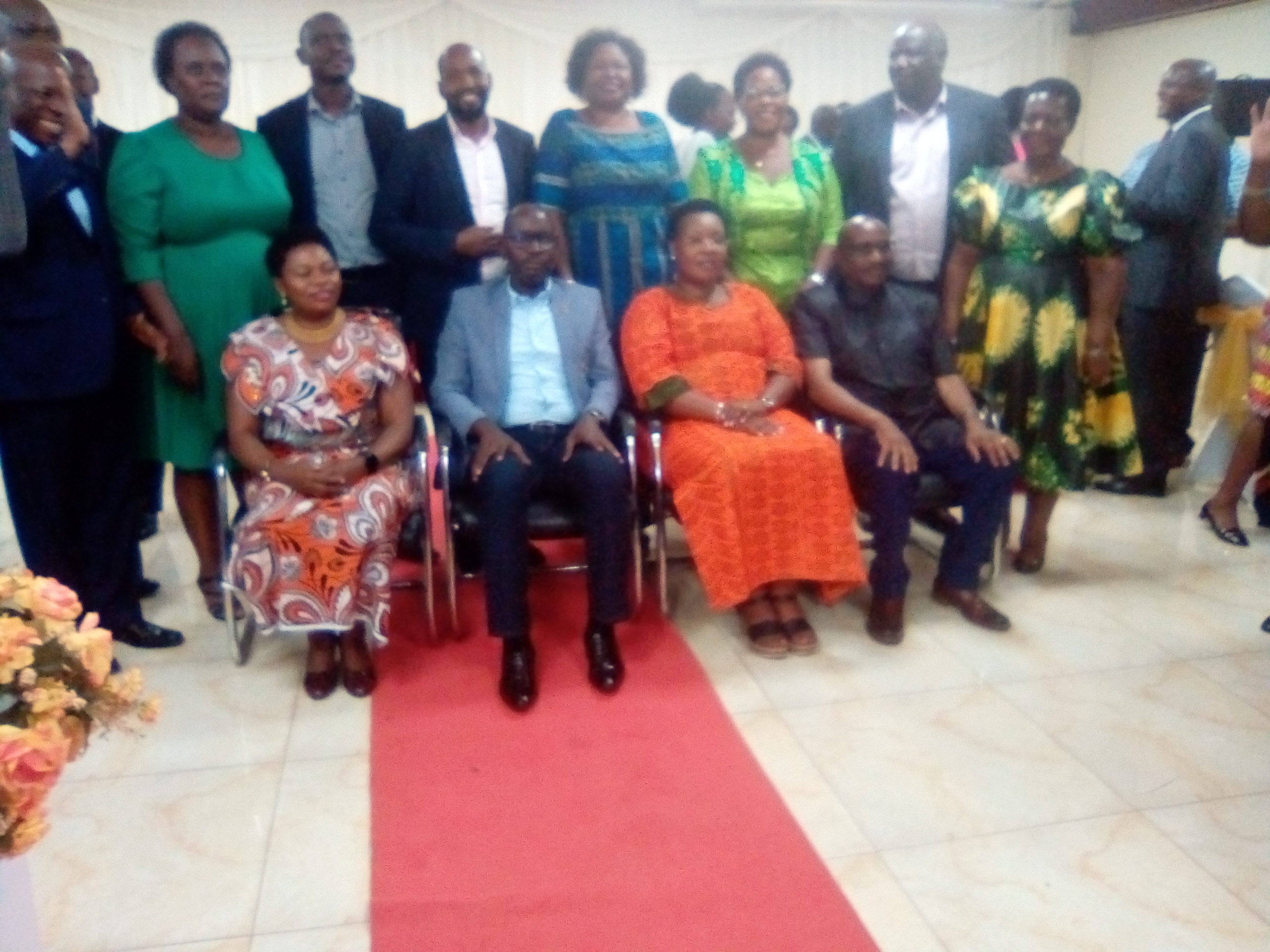 Friday was socially a busy evening at Hotel Africana! Legislators of the 9th parliament enjoined in their 9th Parliament Association converged here for the first time since being dispersed by voters in 2016.
The members have for long been holding long distance networking until they chose to come together in what they called 9th House Reunion.

Led by former Tororo municipality MP Sanjay Tanna (who was absent), the group majority of whom were NRM, met to among other things socialize and also discuss their plight and way forward. The lead discussants were Emmanuel Dombo, Huda Oleru, Lulume Bayiga and Benson Obua Ogwal while Simon Mulongo set the ball rolling as the group’s main facilitator.

The Vice President Maj. Jessica Alupo was supposed to be the Chief guest but was a no show because her boss Gen. Museveni had deployed her to Lira and Kotido. She was however, ably represented by government Chief whip Denis Hamson Obua.

Mulongo presented issues why they came together but in summary, it centered on improving the plight of former legislators!
“Immediately after leaving parliament, you look like a destitute, you become a nobody. You are not recognized. And these are people who know the national defense policy and are also exposed to the civil service of this country. If we leave them to go out there; and left like that, this is a big force which can be used for bad things. We really need to think about this (as government)” Mulongo said in his paper adding that on average, every after an election, 60-68% MPs lose.

He said the former legislators are not given any retirement benefits unlike other past leaders.
“There’s no better dignity you can accord to former MPs than respect. We have accorded this to former president, prime minister and former civil servants. Now, where do you leave those members who supervised these civil servants? These people are in the villages enjoying their benefits and for us (ex-MPs) we’re despised” he said.

However, Obua who spoke on Alupo’s behalf, saluted members for the solidarity they had showed.
Alupo in her speech said government is fully aware of the plight of these former legislators not only those of 9th parliament but also the rest.
“Government is equally aware of the wealth of knowledge you have. But we’re also aware that the positions we have are not enough for you all. However, some have been appointed and we continue to identify opportunities and also continue to deploy former MPs ” she said adding that cabinet on Monday this week, approved four former Members of Parliament to sit on the Local Government Finance Commission. Although she didn’t name them, Inspectors said the members include former state Minister Isaac Musumba, Nalubega Mariam, Ignatius Besisira and Emma Boona three of whom were part of the 9th parliament. Alupo said these names had already been approved by the president.

“Be proactive enough. Identify those places, if they are there, I will do something. I am ready to support any cause that you bring except that of (hon) Nsanja. I appeal to you to remain where you are and let’s remain steadfast” Alupo said.
She pledged Shs30m to be invested in any venture formed by MPs while Obua also pledged Shs5m on behalf of his office.

The members suggested a number of ideas to make them visible. Some proposed making a joint business while others led by Ntenjeru south MP Patrick Nsanja proposed forming a political party.
“I am happy to see members still looking good. I want to suggest that let’s look at forming a political party. We’re a big force. (If we form a party) it will make a big statement. Let’s not look elsewhere, not even forming a business but a political party” Patrick Nsanja who; like some others who lost in 2016 but reclaimed their seats in the 11th parliament rallied members!
Dr. Lulume Bayiga (DP) said it was shocking to see in NRM that while there are senior politicians like former MPs, none of them is interested in taking leadership of NRM. He said he has already toppled Norbert Mao who is serving as a minister in NRM government and implored others to interest themselves in positions of NRM leadership.

“Who knew that a singer (Bobi Wine) would be leading the second biggest political party when you’re here? Now we’re talking about transition in NRM and we’re seeing every tom, dick and harry wanting to be it’s leader. What are you (NRM MPs) doing?” He asked.
With majority participants being NRM supporters, some welcomed the idea of forming a party while others suggested a business entity.

Former Kasambya county MP Mulindwa Patrick said forming a party is a good idea but however, said if Museveni says he’s still around, they can support him.
Former Mbarara municipality MP who’s now ED of National Drug Authority Dr. Medard Bitekyerezo urged members not to quit the ‘main’ because Museveni is still a good leader.
“Museveni is a very good man. Since we have the Chief whip here, I want to request him to tell the president that this team is important. I tell you, in 2026, you need these people. These are still on the Main. Tebava ku Main and if there’s a chance, please fix them. Forming a political party may not be so (appropriate), katubeere ku Main” he said.

Former deputy AG Freddie Ruhindi also opposed the idea of forming a party saying ‘its not parties that matter. Parties are a means to an end. What’s the end? We want peace and prosperity’
David Ochwa, the former MP Agule, asked members to be bold in their push even as they may still love Museveni.

“Our getting together today should make a statement. We shouldn’t shy away. Yes, we support the president and even his 2026 bid, but where are we (in government)?” He fumed.
Government chief whip Obua however, cautioned members against going to the extreme.
“The moment this group transitions into another political party,….we have so many parties”
The 148-member strong association, compromises women enjoined in their Visionary Women group to which Alupo also belongs and a host of other women in cabinet but were part of the politically ‘injured’ legislators in 2016 although some have since joined the current parliament.
Even many former ministers are party of the association which also has UPC and FDC members.
Some of the possible ideas they are looking at include coming up with a book where they feature their academic profiles to be able to be absorbed in the job sector. They also want to be treated as VIPs whenever they come to parliament in addition to being officially invited for official national functions, job placements, financial support from the president among others.

The organizing committee for this successful maiden reunion had members including Nakato Kyabangi, Medard Bitekyerezo, Florence Mutyabule, John Mubiito and Betty Mbabazi.
There was more dance, more food and more social networking with members breaking their ribs especially when Congolese Lingala music was played. The members also went up into flames when the Dj played Best Friend by Don Williams and Rock Me by Johnny Nash after cutting the cake!
Watch out for who’s doing what??

Balance Of Terror In UN Veto Powers And ICC Blackmail