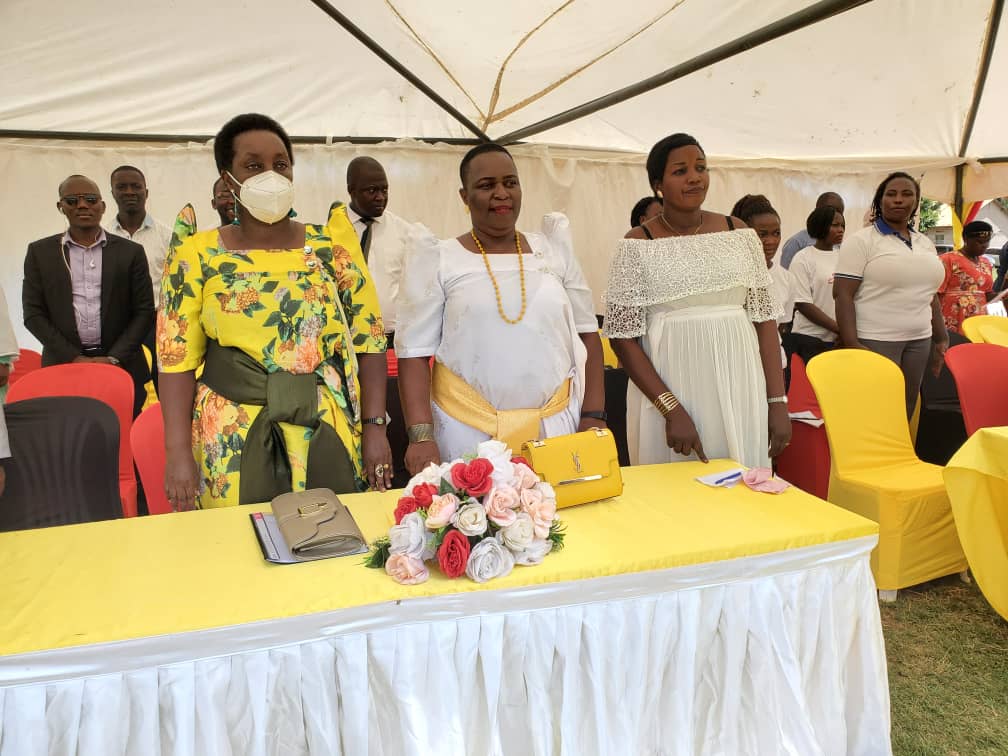 The former Entebbe Municipality legislator, Rosemary Tumusiime, has lauded President Yoweri Kaguta Museveni for championing women empowerment by placing them in positions of leadership.
While presiding over the belated International women’s day celebrations held at Kigungu Primary School playground,Tumusiime, credited President Museveni for liberating women from being only housewives to now productive people.

“We are now in positions of leadership but in the past we were only housewives. Since now we can participate in decision making we can easily advocate for our rights,” she said. Tumusiime, who was the Guest of honor at the celebrations organized under the theme: Gender equality for today for sustainable tomorrow, appealed to government to fund development projects such that leaders can transform development plans into action.
Shreya Varun, a committee member of the Indian Women Association, challenged fellow women to interact with other women engaged in productive work so that they can learn from them to be able to earn a living.
She pledged that the Indian women Association is willing to work together with the Entebbe Women’s Association to equip women with skills that can enable them earn a livelihood.

Hajat Faridah Kibowa, the national chairperson for women council, asked parents to prioritize the education of a girl-child to protect them against child marriages.
Jane Scholastica Najjemba Baguma, the LC3 chairperson Entebbe Division “A”, asked parents to monitor what their girl-child do on phone chats especially during holidays and to assess the kind of friends they interact with in order to detach them from bad ones.

She also castigated parents who ask for exorbitant bride pride which men can’t afford and ended up disappearing with their daughters and appealed to parents to harmonize the bride price such that it’s affordable.
Richard Sekyondo, the LC3 chairperson Entebbe Division “B”, slammed men, who abandon their wives and children after running broke saying it’s being irresponsible.

Sekyondo pledged that effective next financial year, Entebbe Division B, will increase the budget for women day celebrations from Shs 1.5m to 2m.
Daisy Grace Aloyol, the ex-speaker for Entebbe Division “B”, asked government to put emphasis on the Law that punishes violators of women rights arguing that many women and young girls have been defiled and raped and the perpetrators go unpunished.

Daisy also challenged parents to raise their children in a religious setting so as to have children who fear God hence can’t engage in heinous acts like defilement, rape and murder among others.
Edrisa Figo Matovu, the Chairperson of Entebbe Muslim district as well as the spokesperson of NRM in Entebbe Municipality, asked government to provide enough funds for women projects because they play a critical role in the home, in addition to funding the education of a girl-child.

Figo asked government to issue a death sentence for rapists and defilers, who have made it a habit to feast on innocent women and young girls so as to deter the rest from committing similar crimes.
Aidah Namanya, the Assistant Senior Town Clerk for Entebbe Division “A”, asked women to engage in income generating projects, to teach their children good morals, and to dress up decently such that their children can emulate their dress code.

The Value of Fasting in Both Muslim and Christian Faiths