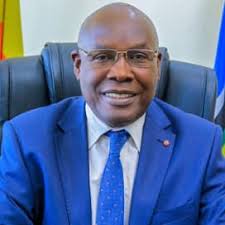 The ministry for energy is working on a framework to establish electric vehicle (EV) charging stations, as the country moves to transition from fuel cars to electric vehicles (EVs).

Recently, President Museveni told the nation that the answer to the increasing fuel prices was for the country to resort to electric vehicles.

While many took his statement as as mere rhetoric instead of an immediate solution in the face of a crisis, little did they know that the president is serious about transitioning from fossil to clean energy as one way to deal with some of these challenges.

“We’re taking a lead role in the promotion of electric mobility through provision of sustainable and reliable electricity. This will be further achieved with a project on electric vehicle charging infrastructure ecosystem” says Eng. Irene Batebe, the permanent secretary Ministry for Energy and Mineral Development.

With the country under it’s flagship company Kiira Motors Corporation led by Prof. Togboa Tickodri trying to make use of electric vehicles a reality in Uganda, the ministry for energy has identified access to electricity and affordability of electric vehicle charging infrastructure as the major hurdles to achieving the president’s dream.

As a result, this ministry has embarked on designing a framework aimed setting up electric vehicle charging stations across the country.

According to energy state minister Okasaai Opolot, Uganda’s energy strategy has positioned the country on the same footing with the rest of the world on the issue of adopting E-mobility technologies.

The minister noted that the development of electric vehicles technically reffered to as EVs cannot be separated from the charging infrastructure.

He added the the initial phase of EVs development has some challenges coupled with the low uptake of the same (EVs). He said these and some other challenges hinder the investment enthusiasm of investors for charging infrastructure.

“To address this, a comprehensive planning scheme for an EV charging eco-system is therefore necessary and critical,” the minister said in the conference organised to deliberate on matters related to efficient utilisation of energy as well as electric mobility adoption in Uganda.

Okasaai said government is implementing what he called ‘Energy Mix’ strategy which balances the productive utilization of all natural resources but at the same time conserving the environment. He said government aims to gradually transition from fossil to clean energy.

Meanwhile, Prof. Tickodri observed the need for government to urgently review the University and Other Tertiary Institutions so that students can study hands-on work for them to be innovative and employable.

Citing his own baby-Kiira Motors, Tickodri said Ugandan students can innovate and push further with their innovations up-to commercial level if given the right learning environment and practical skills.

Contacted for a comment on the readiness of the country to run EVs in relation to availability (or not) of enough power, Electricity Regulatory Authority (ERA) says capacity isn’t a challenge as more power continues to be generated.
“That’s why Government of Uganda is licensing several plants to increase (energy) capacity. On reliability of power, that’s a job for us all” says Julius Wandera, ERA’s director for Corporate and media affairs.