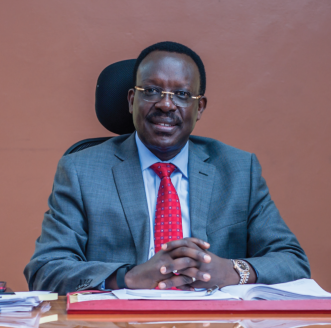 The Court of Appeal has directed the Commissioner Land Registration to rectify a land title in which city tycoon Ben Kavuya secured more hectares of land than what belonged to him.
The title in question measures 714.3 hectares and is located in Kabula (Lyantonde district).

It emerged that the tycoon allegedly bought this land in 1994 and put up various developments on it including setting up a mega commercial farm and also his upcountry residence.
However, according to court records, sometime in 2015, Kavuya had running battles with locals through their lawyer Rwalinda Godfrey over ownership of that vast land. The locals claimed Kavuya had encroached on their land.

It is reported that at first, they approached Kavuya who upon hearing the issue, contracted the services of a land valuer to asertain the real status of the land ownership.
It is suggested that in his findings, the land valuer indeed discovered that the title of the said 714hectares had exceeded it’s boundaries by 241 hectares.

Not wanting trouble with residents, the tycoon allegedly offered the excess land to the claimants with the developments thereon free of charge.
However, in a dramatic turn of events, the locals acting on the advice of their lawyer Rwalinda, allegedly rejected the offer and instead demanded for the entire piece of land measuring 714hectares instead of the disputed 241 hectares.
The locals through their lawyer suggested that the tycoon needed to buy afresh the land and basing on the current (then) market value.

The tycoon however, couldn’t stomach this and decided to run to court to protect his interests on the land. In a suit filed in Masaka High Court referenced HCCS No. 77 of 2015, the businessman miserably lost the suit and court ordered for the cancellation of his title.
Not convinced with the ruling, Kavuya appealed the ruling in the Court of Appeal referenced as No. 224 of 2021. It is here that he finally got relief.

The three justices including justice Madrama Christopher, Irene Mulyagonja and Chebrion Barishaki in their ruling overturned the High Court ruling.
The justices made three declarations. One is that the declarations and orders of High Court are hereby set aside and substituted with an order that Kavuya retains registration and possession of his land title to the extent measuring 472.3hectares.

“The Commissioner of Land Registration is directed to rectify Kavuya’s title by adjusting it to remove the overlapped 242hectares. The respondents to pay the costs of the case in the High Court and Court of Appeal” the justices ruled.
The tycoon has been in particular battling with Byaruhanga Kasirye, Kato Godfrey, Rutaaba Edward, Bulayo Kamanzi among others but now he will eat his Christmas with a rested piece of mind having floored them in Court of Appeal.

He’s been a resident of Kabula since 1994 and been pivotal in bringing about development in the district. For example, in 2018, he donated three well equipped health centers to the district in a function presided over by then vice president Edward Kiwanuka Ssekandi a.k.a Mr. Kyannamukaaka.

Kavuya also known among his pals as Chairman, is a founder member of the Legacy Group. He’s known for enterprenuerism, generosity and passionate about changing lives. He is said to own a fleet of buildings in the city and many other investments. Hereunder is the full judgement by their Lordships.