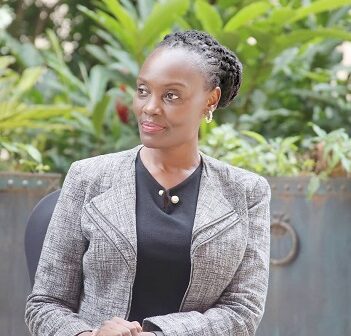 She may have all detractors breathing down her neck but Uganda Airlines CEO Jennifer Bamuturaki has proved that she is not about to buckle under the weight of their empty background noise.

To prove this, the national carrier has started implementing its long awaited self-handling project after getting necessary approvals from Uganda Civil Aviation Authority (UCAA).
Uganda’s national carrier started handling its ground handling operations on September 1, 2022 and the transition from DAS that has been handling the airline’s ground operations since its launch in 2019 has been smooth.

In an earlier interview, Ephraim Bagenda, the Director of Engineering and Maintenance at Uganda Airlines, said the national carrier was spending US$250,000 per month (about Shs953.7m going by the current exchange rate) on contracted maintenance and ground-handling operations.
This means that the national carrier was roughly spending about US$3m (Shs11.4bn) annually on contracted self-handling services.

“Once we get approval (from Uganda Civil Aviation Authority) to handle ourselves and maintain our fleet, all that money will be saved,” Bagenda said.
Shakila Rahim Lamar, the Corporate Affairs & Public Relations Manager at Uganda Airlines, added: “Self-handling will enable the Airline to cut 60% of its operating costs if it handles most of its operations at its hub in Entebbe.”

Asked about the cost of setting up facilities for self-handling, Bagenda said the total investment is US$2.5m-inclusive of recruitment and training of staff.
Self-handling project is one of the many initiatives Jenifer Bamuturaki, the CEO of Uganda Airlines, has been keen to implement as she aims to make the national carrier a world class airline.

Bamuturaki says that Uganda’s flagship carrier has a good business plan and if implemented, Uganda Airlines will no doubt become profitable in the medium and the long term.
She’s keen to implement cost-cutting measures and create more revenue generating avenues for the nascent carrier.

In a recent interview with Business Focus, Derrick Ouma, the Duty Manager at Uganda Airlines, explained that the airline industry basically has seven disciplines; flight operations, flight dispatch, maintenance (aircraft maintenance), cabin crew, ground handling, cargo and security.
He says each of them is important for the successful operation of an airline.

He added that self-handling falls under the ground-handling department and it involves passenger services, baggage handling, cargo handling, GSE maintenance (workshop), ramp handling and general ground operations.
Ground-handling includes below and above the wing operations.
Below the wing operations covers loading and unloading of cargo, passenger handling, aircraft push-back and towing, potable water services (water mainly used in the kitchen) and toilet services.

Above the wing operations include cabin cleaning and loading the catering on the aircraft among others.
“Self-handling will make us run the airline efficiently. We don’t think another person (contracted company) can do it better than we want to,” Ouma said.
According to Ouma, Uganda Airlines intends to offer ground handling services to other carriers and generate more revenue for the country’s flagship carrier.

“Two years from now, Uganda Airlines shall embark on third party handling. We want to attract business from other airlines operating at Entebbe International Airport,” he said, adding that the money saved through self-handling will help the carrier acquire more state-of-the-art equipment and expand its operations.
Ugandans in charge
Uganda Airline’s self-handling project is headed by Richard Kinalwa, who is the head of Ground Operations.

Ouma said the airline has already recruited enough people who will work as passenger handlers, equipment operators/mechanics, cleaners, cabin groomers and drivers among others.
DAS has been supportive by offering the recruited staff on-job training. He revealed that the recruited staff who are 99.9% Ugandans have also been trained in various courses in ground-handling by accredited companies.

He said Uganda Airlines has Memorandum of Understandings (MoUs) with various companies including DAS so that they get the necessary help and support in time in case the need arises.
Key state-of-the-art equipment for the self-handling project procured include ground power units, unit load devices, air start unit, passenger stairs (boarding stairs/steps), potable water unit, conveyor belts, lavatory servicing truck (used to remove waste from the aircraft), Trolleys (used to move cargo to the aircraft), high loaders, push back/tow truck and tow bars among other equipment.

Ouma said each brand new equipment costs an average of US$250,000.
“The equipment is expensive but worth the investment in the long run,” he said.
He added that hiring one Ground Power Unit and Air Start Unit costs about US$300 and US$700 per hour respectively.

The airline also has two passenger buses that are used to transport passengers from the aircraft to the terminal and vice-versa.
Ouma said that the supplier of the equipment has also offered after sales services to Uganda Airlines.

According to Ouma, once Uganda Airlines opens up more routes, more equipment for ground-handling will be procured.
He said the opening up of more routes means that the national carrier will have to procure more aircraft, especially the medium range ones.

The National Carrier has expanded its network to 11 destinations since inception.
However, according to the airline’s business plan, in the second year of operation, the National Carrier had planned to have 18 and four (4) regional and international routes respectively, but this couldn’t be possible due to COVID-19 effects.

There are only two ground-handling companies at Entebbe International Airport; DAS and Entebbe Handling Services (ENHAS), currently trading as NAS. This means that Uganda Airlines is the third company to offer such services at Uganda’s only international airport.
Uganda Airlines joins other airlines that have successfully embraced self ground-handling including Emirates, KLM, SAS (Scandinavian Airlines), Lufthansa, Ethiopian, Kenya Airways and RwandAir. 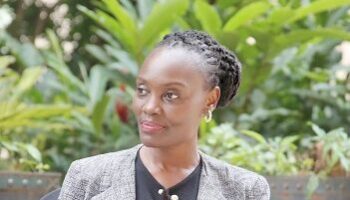