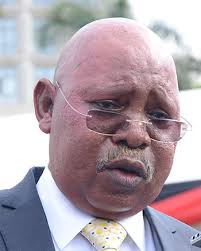 The African Union Commission has appointed Uganda to head the continental Peace and Security Council (AU PSC) after Senegal chickened out, citing a busy schedule.

According to a letter addressed to embassies of members of the PSC dated December 19 2022, Senegal was supposed to chair this Council for the month of January 2023, but because it currently chairs the African Union, Dakar says it is not available to chair the PSC.
This position is rotationally held among the members of PSC on a monthly basis and that the coming month belonged to Senegal.

“However, due to other equally demanding engagements as the chair of the Union, Senegal will not be available to chair the PSC during the month of January” the Commission says.
It adds that following consultations, the Commission settled for Uganda to assume the responsibility of Stand-in-Chair of the PSC during the month of January. However, during this period, the PSC will only convene statutory and emergency meetings.

PSC is the standing decision making organ of the AU for the prevention, management and resolution of conflicts. It is a collective security and early warning arrangement intended to facilitate timely and efficient responses to conflict and crisis situations in Africa.
The members include DR Congo, Gambia, Morocco, Namibia, South Africa, Tanzania, Tunisia, Uganda and Zimbabwe. Others are Burundi, Cameroon, Djibouti, Ghana, Nigeria and Senegal.
This new task to Uganda comes as the security situation in neighboring DR Congo continues to be of great concern to regional countries. The country is currently battling M23 rebels who are said to be backed by one of the neighbors Rwanda although the country denies the accusations.
The regional East African Community member countries have since formed a regional force to help bring peace in the DR Congo and warned all fighting groups to lay down their tools and embrace dialogue or be flashed out.

We’re told for Uganda to have been accorded this new task, it’s because of the trust and respect they have in Museveni. Unfortunately though, the country is yet to pay it’s membership subscription for AU, which badly affects her rankings in terms of commitment to the AU agenda.
Although the president asked finance ministry to always prioritize AU and UN activities, for now Uganda has allegedly defaulted on its subscription, a situation that is preventing it’s officials from participating in meetings organised under the auspices of African Union.

The latest officials to suffer this embarrassment were finance minister and that of trade who couldn’t travel for an AU meeting recently because the government hasn’t paid up. Watch this space!