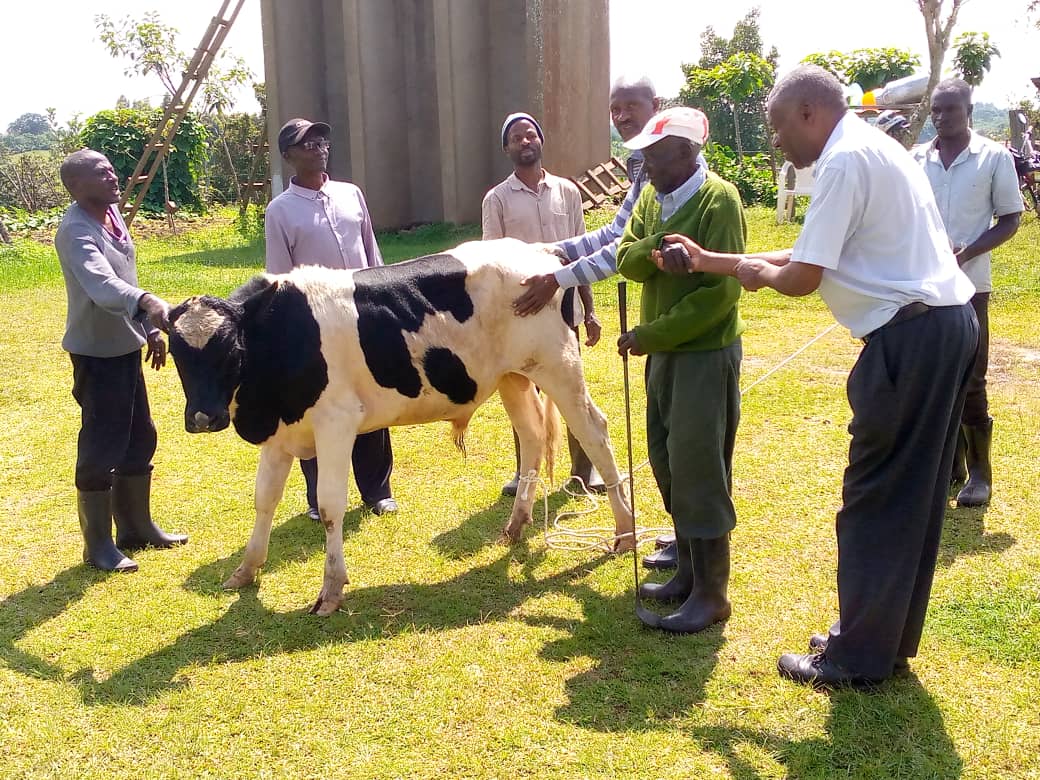 The school is just four years older than him!
Mzee Kijana Basaliza is aged 96 years and is an active member of golf sport in spite of his age!
Also an Old Boy of Tooro-based St. Leo’s College-Kyegobe (Sleck) which started 100 years ago, Mzee Basaliza is among those who still want the glory of his former school to shine!

As such, this veterinary scholar recently pledged to give an exotic bull to the administration of his former school to go towards the revival of the school’s past glory.

Over the weekend, the man who is also dad to newly appointed Uganda Human Rights Commission commissioner Col. Steven Basaliza, made good on his promise, leaving his OBs, OGs and school administrators smiling.

Although all his contemporaries have since disappeared, Mzee Basaliza gets on well with his new blood of OBs and OGs most of whom are his 3rd generation grand children and sons and daughters!

Having won a golf trophy recently in golf tournament, Mzee Basaliza was even part of the group of Sleck OBs and OGs who ran in Kampala to raise funds for the school.

“Wow, today Mzee Basaliza handed over an exotic Friesian bull to the Bursar and management of St.Leos college. This is part of rehabilitating and revival of Sleck .

As we talk St.Leos has clocked 100 year” says the bursar who was all smiles.
We’re told major celebrations were dalayed because of COVID-19 but fundraising dinners and walks have been ongoing in Kampala, Fortportal and Kasese.

“The bull now is old enough to go serve” says Mzee Kijana who’s also an historical freedom fighter and founder member of UPM.
He worked as a veterinarian and retired early to concentrate on his farm during Gen. Idi Amin days.

He served under Vice President John Babiha to establish the Dairy industry, Milk collection centres and tick control in the whole of Uganda.
He is the oldest Golfer still playing in Uganda and believed to be oldest in Africa if not the whole world! His son Col. Basaliza is also former MP for Burahya county and a bush war comrade.