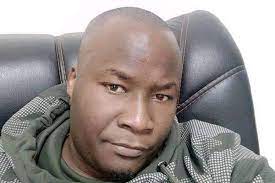 The arrest of hitherto Turkey-based blogger Fred Kajubi Lumbuye has created shivers within the elite class; this site has established.

According to our Inspectors in security circles, the worst hit institution is that of state house and Mengo ever since news of his arrest came up.
Intelligence sources suggest that Lumbuye returned about some 10 days ago and he is allegedly being interrogated to find out those who have been feeding him with state secrets.

“The elites never expected that Lumbuye could ever be arrested that’s why they kept feeding him with information. They thought there was no formal extradition treaty between Uganda and Turkey. So, they didn’t expect him to be fetched from Turkey basing on those formalities which are non-existent” says a source.

The sources added that whereas no such a treaty exists, the alleged conspirators forgot to dig deep into the personal relationship between Museveni and Turkish president Tayyip Edorgan.

“This is a man who was here in Uganda. This is enough to open one’s eyes that nothing was impossible” the sources said.
To make matters worse, the alleged naive conspirators didn’t know how Turkey operates. Whereas it is friendly to the US, it acts independent of it.

“All US wanted was to convince Turkey not to hurry to join the EU. As for human rights, it acts independently. This is why when Edorgan faced a coup attempt, he dealt with all those involved in his own style and no one questioned it. This therefore, should have sent signals to those who thought that someone could use Turkey as a base to plot against Museveni by leaking state secrets” the sources added.

We are told that President Museveni is particularly bitter that whereas he initially had thought Lumbuye was a mere blogger looking for means of survival, the NUP activist started airing out information which sometimes tackled meetings involving a few people.

“How could he get that information unless someone within was feeding him with it? The elites thought he was unreachable and now they are panicking. He might spill the beans and soon, you will see heads rolling. There must be an insider” the sources said.

Within Mmengo, we are told there’s also a group that is also panicking. The group is mainly that which is alleged to be against Katikkiro Charles Peter Mayiga. It is this alleged group which reportedly has been feeding Lumbuye with information including that about Kabaka.

“There’s a group that thinks Mengo should not be on good terms with Museveni government. They therefore see Mayiga as a bad man to be a katikkiro because he has tried to keep both entities on talking terms. This doesn’t work for them. They kept feeding him with information to discredit Mayiga because he refused to radicalize Mengo” the sources said adding that,
“Lumbuye was the first to report that Kabaka was sick. Mayiga came out and said Kabaka was going about his work normally. He reported about Katumba Wamala, he reported about Arch Bishop Kizito Lwanga and all these came to pass. We suspect he sometimes told lies in order to cover up the true information. Was he working with negative elements to discredit government? Was he working with someone within? These are questions we’re all asking but soon, you will see people sweating following his arrest” the sources said.

Lumbuye was reported to have been arrested about a fortnight ago. The state minister for Regional cooperation Henry Okello Oryem confirmed his arrest and said he was due for extradition. Legal pundits started claiming he couldn’t be extradited due to lack of a treaty between Uganda and Turkey only for reports to emerge that Lumbuye is being held in Uganda’s military base in Gulu. The minister said Lumbuye would soon be produced before court to answer over 15 charges according to police.
The NUP shadow minister Muwada Nkunyingi and counsel Wameli have been to Turkey to plead for Lumbuye but their hunt for him yielded no fruits.

Watch out for details of suspected conspirators! 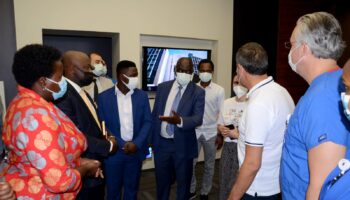