NRM Panics Over MP Numbers To Elect President In 2026 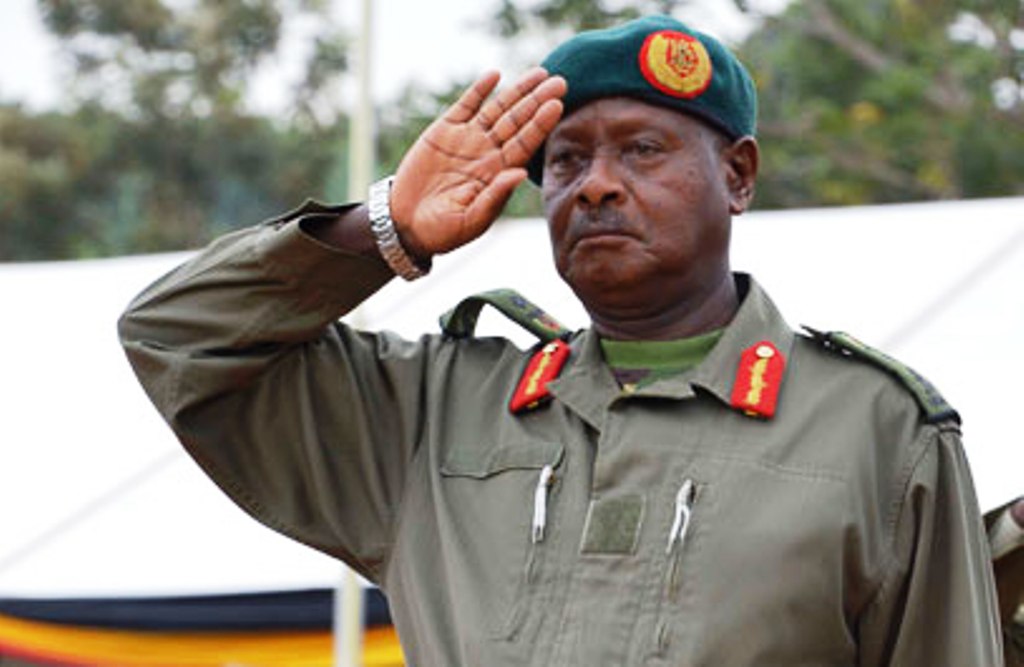 The move to have the president elected by parliament in 2026 has thrown NRM strategists into total panic.
The threat of disgruntled contestants in the party primaries who go as independents is what is currently bothering the ruling party that some are even contemplating to convince the president to maintain the current system.

“The parliamentary system brings a risk of a hang parliament. A hang parliament brings a lot of bickering and creates instability in the country. Alliances usually don’t last. This is why UK premier Gordon Brown was toppled within a short time because a small party decided to withdraw it’s support. This may happen to NRM also” a top Inspector in NRM explained.

DETAILS!
In September last year, this News site broke a story to the effect that a ‘silent coup’ within NRM was being plotted to have first son and commander of land forces Lt. Gen. Muhoozi Kainerugaba take over power from his workholic dad Gen. YK Museveni. In the same vain, a project to amend the national constitution to erase the current adult suffrage system of electing the president was being plotted this year 2022 so that the MPs now elect the president who; as things stand would be the (planned new) NRM chairman Gen. Muhoozi if all goes well (read our article #Museveni Succession Takes Shape in NRM).
Our revelation has since come to pass as the attorney general Jackson Kafuuzi last week finally tabled the proposal.
Now the latest before us is that the proposed amendment has brought panic within the establishment with fears that the ruling party may not be able to outrightly raise 60% of the 12th parliament. This proposed percentage is seen as the best way for the ruling party to be in position to form the next Government.

In the calculation, it is envisaged that if the next house has for example the same number of MPs as the current parliament (529), it must fight hard to have 400 members subscribing to NRM.
“If we get merely 260 seats, we are finished. If NUP gets 100 seats, DP 10, UPC 8 and FDC 32 members and the rest are independents, we are finished! These people may all come together to defeat us. There are forces that don’t wish us we’ll and might exploit this avenue to kick NRM out. True, we shall have heard the majority seats but the others may ally and form a coalition to defeat us. This has happened in UK and also happened in 1962 when UPC allied with KY to defeat the populous DP” our Inspectors explained.

RIGGING OUT INDEPENDENTS
At the moment, there are two hurdles that must be handled in order achieve the move.
One is to rally the support of opposition parties to accept to amend the law and block anyone who participates in party primaries from standing in general elections as an independent.
“If you show interest in any political party and lose, you will not be eligible to contest until after 5years or so” explained the inspector.

With this, the NRM hopes to come up with a carefully crafted list of candidates who shall be selected to stand in particular constituencies. Those seen as money makers and troublesome will be rigged out of primaries and will not have a chance to stand again in general elections as independents.
“NRM has a right to dictate collective responsibility but we lack a mechanism of enforcing this especially at the time of voting for the president. This is where he (Museveni) will spend handsomely all resources unless early remedies are put in place. This is where the issue of selection and not ‘election’ of candidates will come in to ensure that the quality we need is what will come to parliament” an inspector revealed.

However, even as this alleged ‘selection’ is being thought of, there’s fear that given the internal squabbles in the ruling party, many are bound to oppose it. The party is worried that those who will be ‘fought’ in primaries will invoke articles 29 and 44 of the constitution unless these too are expressly amended to block party losers from standing again as independents.
Article 44 makes a prohibition of derogation from particular human rights and freedoms such as torture, slavery and a right to a fair hearing. As for article 29 it grants freedom of association.

“Therefore, it means that as long as this is the case, one can contest as an independent. If they are to block the constitution, they should amend these articles also because with association, one has no time scale when to change or belong to a party. However, this will be against freedom of conscience which keeps changing at all times. Besides, Uganda has affirmed that it belongs to the civilized family of nations” the inspector explained.

INSIDE THE NRM WORKS
With selecting candidates, it is also feared that NRM risks losing support as factions are bound to emerge. Those who will not be favored and therefore supported, will ally with Bobi Wine to defeat the NRM candidates.
“NRM must first of all grapple with it’s internal contradictions in relation to primaries. Once NRM indicates that they want to have a strong hand in selection not election of candidates, that will be a privileged list. This is likely to create or make NRM party perceived as a class party. Your have the priviledged and less privileged. That will be disaster. Therefore, such a contradiction in NRM only works in favor of Bobi Wine” says an Inspector.

It is feared that in case the president or NRM insists on dictating who should be MP and who shouldn’t, the supporters will revolt in general elections and send more NUP members and independents to defeat his new parliamentary system desires. Watch the space!!

It’s the President’s duty to call out non-performers