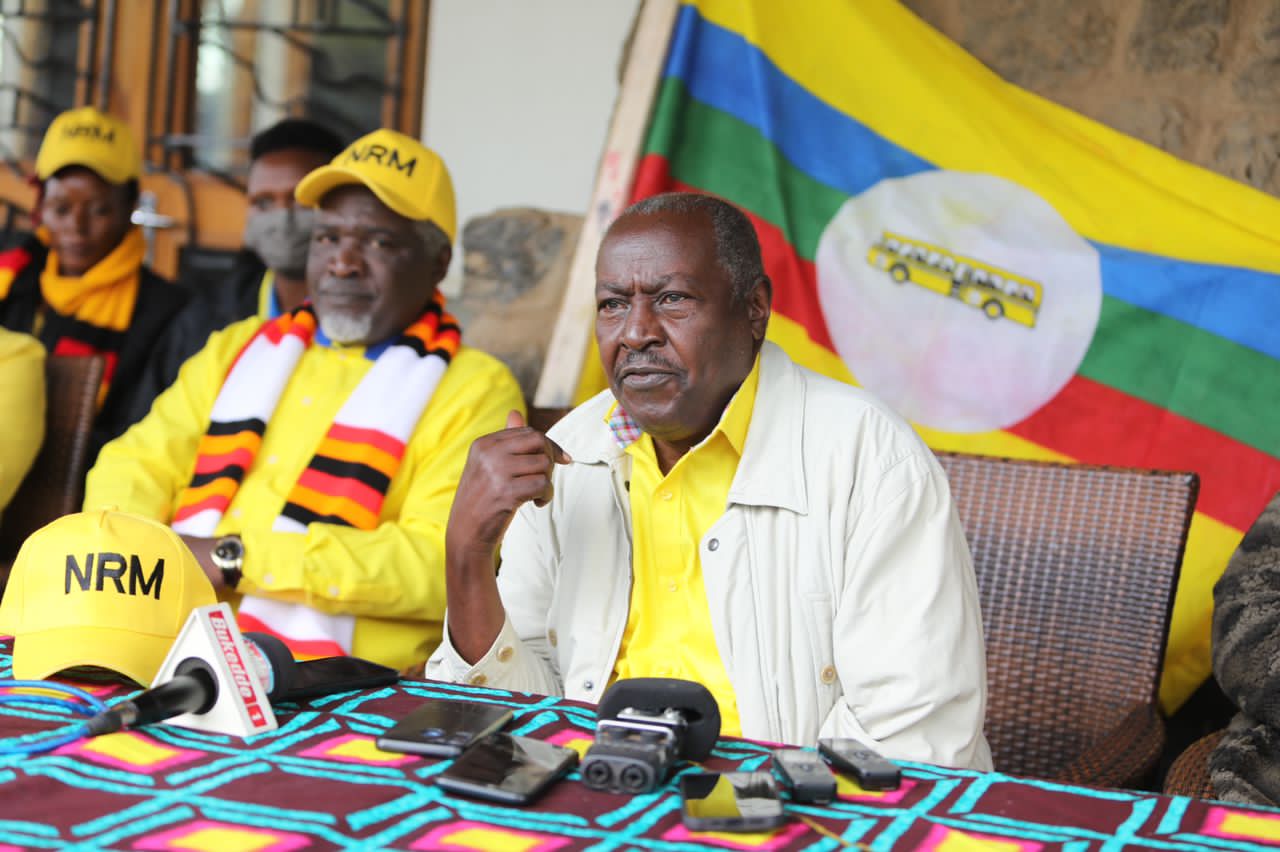 The National Electoral Commission has closed a two-day nomination exercise with Derrick Orone and Eddie Kwizera Waguhunga being duly nominated on the National Resistance Movement (NRM) party ticket ahead of the Gogonyo and Bukimbiri by-elections respectively.

As he addressed thousands of supporters that strolled into Rubuguri town council grounds to attend his first nomination mega rally, Kwizera promised a reign that will focus on spearheading the transformation of people’s lives through funding their economic activities to enhance productivity and eradicate poverty.

“I request for support to ensure that the unfinished business of the people of Bukimbiri County is accomplished,” Kwizera said as he cited tourism roads that are yet to be tarmacked by the government.

The NRM candidate boosted the benefits of having been trusted by the ruling party, saying, “I am privileged to be associated with the NRM fraternity.” “It is my home and I am highly indebted to you to deliver victory on the polling day,” Kwizera said, adding that, “the voters can identify a performer from a non-doer.”

He beseeched voters to reward a party and a candidate that have a credible track record of service delivery and an embodiment of peace and unity.

Meanwhile, Alhajj Kigongo said the ruling party led by President Yoweri Museveni is the only option to people’s problems as he dismissed rivals, especially independent candidates, who he described as untrustworthy and ungrateful to the party in government.

The vice chairman reiterated his message of not choosing individual candidates but choosing a party that has better ideas than others.

“The movement since its inception has fronted the priorities of ordinary people. It ushered in decent politics of respect and issue-based campaigns without the sectarian lines that characterized past regimes, “NRM’s second-in-command said.

“The by-election will come and go, but Bukimbiri is here to stay. “I pray that you respect one another and ensure there is harmony during the entire campaign process and even after elections,” Hon. Kyatuhaire pleaded with electorates.

As he addressed his energized and psyched-up supporters, Derrick Orone was accompanied by NRM secretariat officials including; Hon. Rosemary Seninde (director mobilization), Hajat Medina Naham (director Finance & Admin), Counsel Oscar Kihika (director Legal), and Mr. Rogers Mulindwa (Senior manager for communication & PR), who promised to come up with incoming generating projects if elected to improve the standards of living of his voters.

“I have a clear-headed program to deal with the unemployment challenge of our youth and the poverty among the men and women in this area,” Derrick Orone said as he campaigned at his nomination rally at Gogonyo sub-county grounds.

Hon. Seninde, who is commanding the NRM brigade in Pallisa for the vote of Mr. Orone, said the ruling party was ready and determined to reclaim victory in the Gogonyo Parliamentary seat.

“I implore every one of us here to join our campaign trail as we traverse all villages to converse support for the ruling party candidate. All of us bear the responsibility of sacrificing for the sake of NRM’s success, “Seninde appealed.

Voting for both constituencies is scheduled to take place on August 11th, 2022.