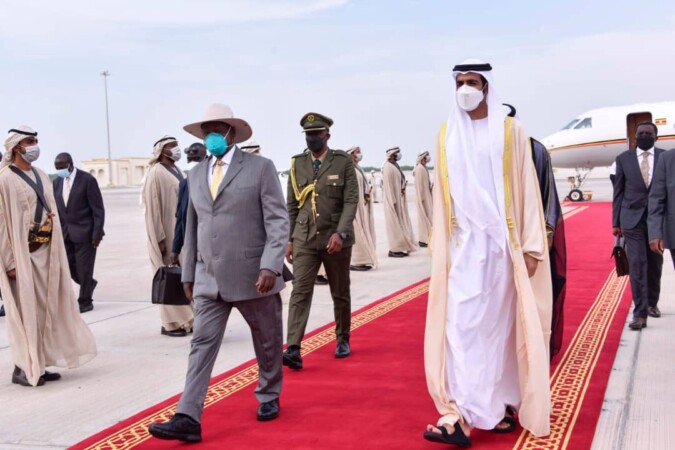 President Yoweri Museveni went scientific as he resorted to the power of statistics in an effort to woo Arab investors into Uganda. The president delivered the enticing pitch for business in an address to Arab investors that graced the 2020 Dubai expo in the United Arab Emirates.

Delivering his case with a tinge of pan-African sentiments, the president urged the investors to come and invest in Uganda so that they get a pass to sell their goods to a growing African population whose market potential is estimated to grow to over a billion by 2050.

Also making a case for Uganda’s own population, the president painted the long term market picture thus: “We are 42 million people, the youngest population. We will be a market of 106 million by 2050. Products made in Uganda can be sold to 1.4bn people in Africa.”

The world trade expo in Dubai will run for 3 days and pits together investors from across the world while also giving chance to countries with trade opportunities to showcase their potential. This year’s event has a host of African presidents, with the east African confederation being represented by Museveni and his Rwandan counterpart Paul Kagame.

Uganda has already made a huge impression at the expo, with the Burj Khalifa, the tallest building in the world, getting draped in Uganda’s flag colours. As if to lead by example, Museveni who has severally accused his ministers of not doing things to his actual liking, seems to have decided to take the bull by the horns. He is flanked at the expo by a host of Ugandan dignitaries including Speaker Jacob Oulanyah and Ruth Nankabirwa among others.