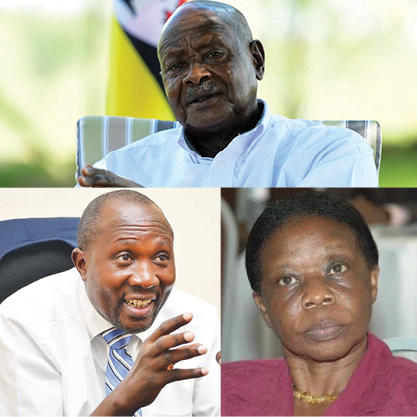 We have it on good grounds that the NRM has started laying the infrastructure to have the FDC strongman who has ruled this constituency for five consecutive terms end his authority here. The NRM began by scooping majority LC1 seats in Budadiri West but in this expose, we tell you another buffet!

In 2010, Gen. Museveni held a meeting somewhere in Europe with his key strategists. It was attended by Sam Kutesa (ex-foreign minister), then PPS Amelia Kyambadde, then press secretary Tamale Mirundi among others.

Museveni asked one of his men from Masaaba land a question.

“Why don’t you help me remove that noisy Nandala? He’s making my work difficult” he asked to which the would-be task holder (names withheld) allegedly chickened out. Museveni fired another question that ‘then, who do you think can help me dislodge him? Who’s capable?’

At the time Wabudeya was woman MP Sironko District and also Minister for the Presidency although she had her issues back in office which had allegedly angered Museveni (then).

Left with no option, Museveni returned to Kampala and summoned Wabudeya.

“I have got a recommendation that you’re the one who can manage Nandala. I want you to go to Budadiri West” Museveni told Wabudeya and that’s how she went there but was badly defeated in the nastiest election in 2011. Museveni immediately fired Wabudeya after all the support he gave her and instead appointed her his personal veterinary doctor to date.

Now, we’re back to square one as NRM feels that it’s time for Nandala to pack up after this term.

Already, the SG Richard Todwong and NRM EC boss Tanga Odoi were a few days ago in Sironko to try and reconcile worrying party bigwigs there and at the end of the day, a resolution declaring Jjajja Mwami (Gen. Museveni) as NRM sole candidate for 2026 was passed.

BUDADIRI WEST AT A GLANCE

Bagisu grandfather Masaaba had three sons including Mwambu (eldest), Mubuya and Wanale (last born). Each son settled in his own area and therefore fathered grand/children named after him.

The Wanale clan settled mainly in Mbale City and Mbale district and notable people among them include pioneer Omukukha Wilson Wamimbi and former MP Yahaya Gudoi. These are unfortunately, considered to be the weakest clan and less recognized.

Therefore, when Bugisu chiefdom was formulated, it’s constitution read that the leadership would rotate among the three clans. Wanale under Wilson Wamimbi started as Omukukha for five years and after, Bob Mushikori (Mubuya) took over and when his term expired, it was the Mwambu to takeover the throne. However, local politics among the Mwambu cropped up with NRM taking one side and FDC taking another. Imlan Wagabyabilire who claims the throne is reported to be backed up by Nandala Mafabi while Jude Mudoma is said to be NRM-leaning.

For two years now, the throne is still being contested between Mudoma and Wagabyabilire although the latter is currently sitting at the Maluku palace!

“The Omukukha was politicized and undermined with either side flexing political muscle. Bugisu as a whole, is now orphaned since government has refused to recognize Wagabyabilire as Omukukha” says an Inspector.

We’re told even as Mwambu’s chance is on table, there’s a salient rivalry between Wagabyabilire and Mudoma at local level. The two contenders incidentally come from Budadiri West! And with 2026 peeping and a plot to dislodge Nandala, matters have been worsened.

Nandala is a hybrid of Bayobo and Bawalasi since his mother is a Buyobo and he grew up in Buyobo though he’s said to be a Muwalasi.

And yet, the Bayobo are now claiming that the Bawalasi under Nandala have over stayed in leadership especially for MP yet there was an agreement that the seat would be rotational. It started with Nabudere a Muyobo who won the CA seat and left it for Giruli who was a Muwalasi in 1996-2001. From here, the Bayobo expected to take it, but firebrand Nandala came and up to now, he hasn’t looked back.

“The Bayobo are now saying it’s their time. They have been sidelined for so long. Even when it came to the Omukukha, the Bawalasi fronted their own yet Mudoma was there. The LC5 seat is under Bawalasi and so is BCU leadership!” Says an inspector

It’s now this internal rivalry between the Bayobo and Bawalasi which Nandala opponents (read NRM) have found as a super missile to extinguish him politically. Whereas in 2011 Museveni brought Wabudeya who’s a Musita but married to a Muwalasi, this time round the tide is between the Bayobo who have always given Nandala a bloc vote and the Bawalasi his alleged real sub-clan. Watch the space! 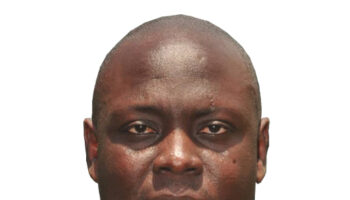 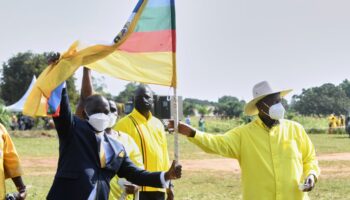 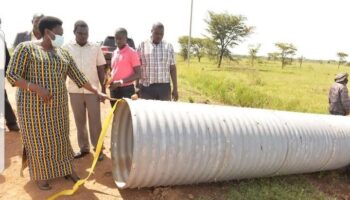 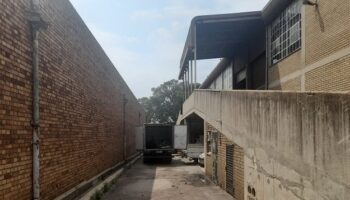