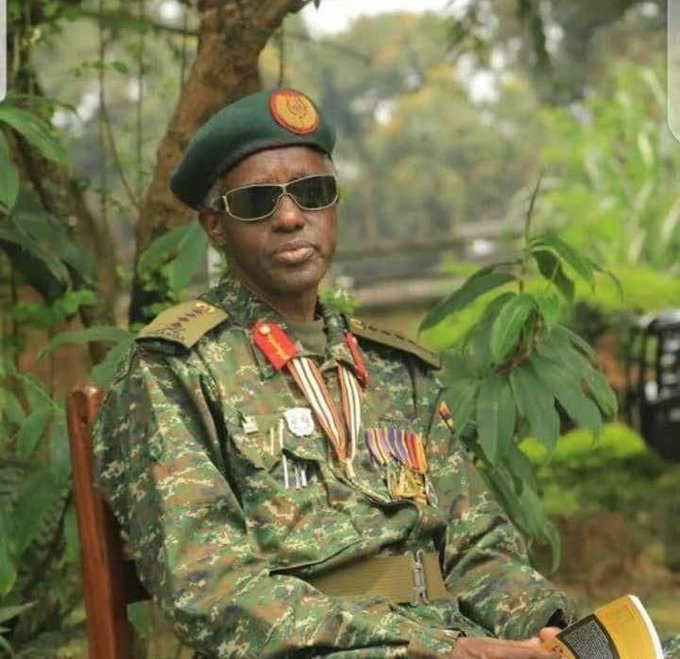 President Museveni has revealed that he taught now fallen former minister for security Gen. Elly Tumwiine.
According to Museveni, while in his A’level in 1967, he taught Tumwiine who was still in primary school. Tumwiine died aged 68years and according to Gen. Museveni, he taught him at Burunga primary school. The is contained in his message to the country where he announced the death of Tumwiine.
Hereunder is the message.

With deep sorrow, I announce the death of General Elly Tumwiine which occurred at 5:46am this morning in Nairobi, from lung cancer.

According to his widow, with whom I have just talked to on telephone, Gen. Tumwiine was now 68 years old. I had taught him at Burunga Primary School in 1967, after our A-levels, as a student teacher, before going to University, later that year.

He joined FRONASA with 9000 others in 1979, went to Monduli Military School in Tanzania and was the one who fired the first shot on the 6th February, 1981, at Kabamba, at the beginning of the 1981-1986 war of Resistance.

Since that time, Gen. Tumwiine has been part of the leadership of the NRA- UPDF as well as serving the government in various capacities.

He has been a dedicated and hard working cadre. More will be said about him later.

Condolences to his family, to the NRA-UPDF- NRM fraternity and to all Ugandans.

May his soul rest in eternal peace.

Signed: Yoweri K. Museveni
President of the Republic of Uganda