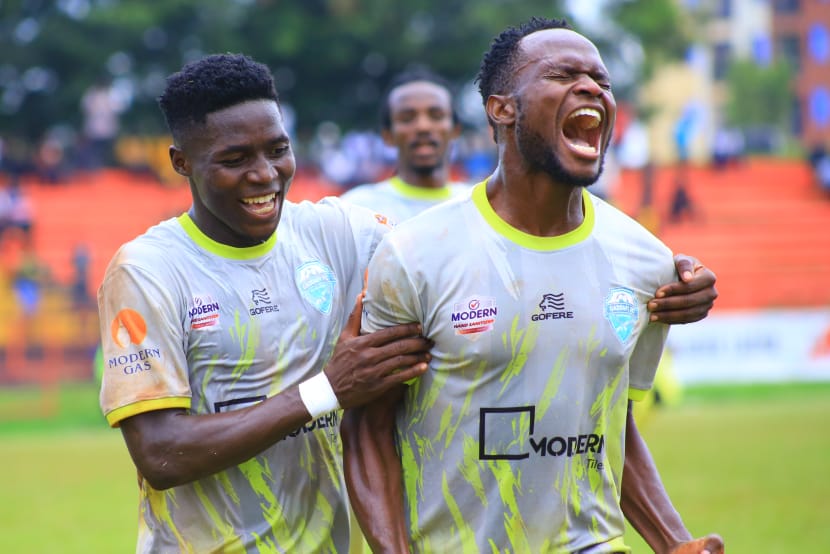 In-form Gaddafi FC talismanic striker Alex Benzema Kitata enters the Phillp Omondi Stadium in Lugogo today with his sights set on securing a goal in the race to his target of reaching double figures this season.

The former Saints Fc, SC villa and UPDF player will be buoyed by his ‘big-match mentality’ coming into today’s 4: 00pm game against the Kasasiro Boys. And in particular, the soft-spoken forward will be looking to add onto his two goal involvements against KCCA which has turned into some sort of good hunting ground for him.

KCCA will be wary of the fleet-footed striker who last October set up Brian Kalumba to grab a consolation goal in KCCA’s narrow 2-1 win against the then newly promoted Jinja-based army side at Lugogo.

But most importantly, KCCA will always be reminded that in the reverse fixture in Jinja, it was a sole Kitata goal which condemned them to an away defeat, setting up an even head-to-head stat between the two sides.

Both teams come into today’s game on the back of comfortable wins, with KCCA having thumped rivals SC Villa 3-0 while Gadaffi defeated Arua Hills 2-0 in a game where Kitata scored a goal to follow a hat trick he bagged earlier against Stolito Bright Stars.

KCCA will however be boosted by critical Gaddafi FC suspensions in coach Wasswa Bbosa and influential experienced player Godfrey Lwesibawa who has a telepathic understanding with former SC Villa teammate Kitata and to whom he has provided two assists out of the latter’s four goals this season.

Speaking to Inspector Sports earlier, Kitata vowed to aim for a goal despite the team’s setbacks, adding that his target is to hit double figures this season in the race to for even bigger things including a call-up to the national team.

“I don’t doubt my abilities because I was the first player to break the FUFA Big League top scorers record with 16 goals (from 8) while with the Saints FC. That time I even earned a call to the under-23 team and made the trip to Egypt despite being a very young lad then. However, I feel this season I can improve my goal numbers and dream of a call up to the national team,” Kitata said.

The humble player admits that he has not been lucky with injuries but he is happy that he has matured a whole lot and has the right support system to help him improve as a player.

“I’m lucky that I’m now working under a coach (Bbosa) who knows my strengths and abilities and is helping me improve my game in many aspects. I also have a very good team where all of us are willing to work for each other; so I can only say let’s see how the season goes,” Kitata said.

KCCA and Gaddafi have met twice, with their first meeting on October 23, 2021 and the most recent on May 14, 2022. Both teams have scored two goals against each other, with KCCA winning 2-1 in October at Lugogo while Gaddafi won 1-0 IN Jinja courtesy of a Kitata goal.